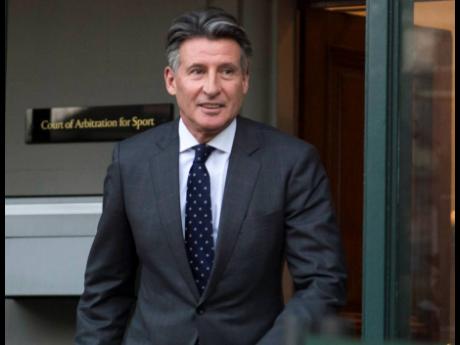 With the Jamaica Anti-Doping Commission (JADCO) suspending actual drug testing due to the coronavirus pandemic, President of World Athletics, Sebastian Coe, admitted that global health crisis has also had a negative impact on his organisation’s anti-doping machinery.

He, however, assured that track and field’s policymakers are determined to continue the fight against doping despite the restrictions and challenges caused by the virus.

Coe, who spoke to The Gleaner yesterday during a teleconference call, took the opportunity to provide updates on World Athletics’ plans to address the fallout from the pandemic, while underlining its effect on its anti-doping watchdog agency – the Athletics Integrity Unit (AIU).

“You would not think it credible if I said this did not have any impact; of course it has,” Coe said.

“If you look at the AIU – that we are very proud of; quite a unique structure in the world sport, up until the point that COVID-19 started to take grip, that was an organisation that had its testing programme and missions in over 100 countries and that’s an amazing achievement given that it’s only up and running since April 2017. It’s made a huge impact and then there are other really good national anti-doping agencies.”

“So, they have been impacted and it’s obvious to say when you have lockdowns, international restrictions and curfews,” he added.

Several countries have already announced limited drug testing since the outbreak, while others have suspended testing altogether. The United States Anti-Doping Agency, meanwhile, has announced plans to introduce self-administered doping tests to fill the gap.

In Jamaica, testing has been suspended indefinitely, but JADCO Chairman Alexander Williams stressed that the local body is still doing what it can to assist and guide athletes in this period.

“Whilst we are not doing actual testing at this point, we are available online through our website to assist athletes. They are still to continue preparing their whereabouts form. We have posted information as to how they can care for themselves during this time and we continue to encourage them not to take supplements. If they have any queries, they should get in touch at jadcowhereabouts@gmail.com, but at this point, the indefinite suspension continues on the actual testing and that’s where are now,” Williams shared.

Meanwhile, Coe issued a warning to athletes who might be thinking of taking advantage of the limited testing and pointed out that World Athletics is moving to ensure that all testing systems are fully functional ahead of the return to competitive athletics.

“To the athletes – and the vast majority of athletes who are out there trying to keep body and soul together at this moment and thinking only about how, with integrity, can they get back into competition as quickly and perform as well as they possibly can next year,” Coe stated. “For those who are sadly always with us, who may be thinking of this as an opportunity, just pause for a breath.”

“The AIU is at the top off its game, as are some of the national anti-doping agencies, so I would hate for any athlete to think that this is an unmonitored area or a test-free zone; it isn’t. We are deadly serious about bringing athletes back into competition, but also doing it when we know that our testing systems are properly and fully functioning,” Coe said.

In its last update, the AIU reported that 8,489 samples were collected in 2018, in 124 countries, with 349 domestic and international disciplinary cases pursued.