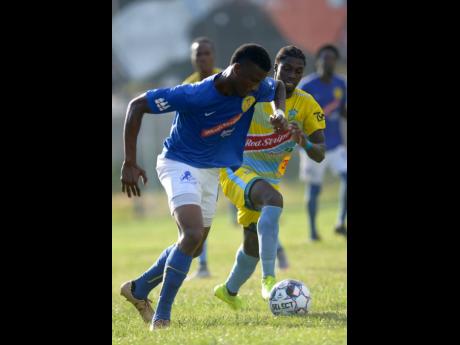 Vere United president Lothian Cousins says it is very difficult trying to keep players motivated during the suspension of the Red Stripe Premier League (RSPL) because of the coronavirus pandemic. He believes it is very much the same for other teams in the lower half of the table.

Vere and UWI FC are tied at the foot of the RSPL standings with 18 points apiece, 11 adrift of 10th placed Molynes United, the only team they can mathematically still catch. But Molynes need just one more point from one of their four remaining games to secure their survival, while Vere and UWI must win all of their four matches and hope that Molynes lose their remaining games to have any chance of staying up. Cousins said that is it hard trying to keep players committed to the cause.

“Mathematically we have a chance, but I must say since the virus has taken a hold on the country, I find it difficult to foresee how teams will get into that mode of playing football again when teams have been sitting down for months not training together,” he said. “So the suspension of the league will be disadvantageous to teams that were in a particular frame of mind. So to motivate players and encourage them that we have four games to win and we might remain in the league, will be very difficult.”

Cousins says the suspension of the league will affect all teams, including those in the top half of the table, but it is that much harder on teams with very little to play for.

“Players are not training,” he said. “They are not playing, they are not competitive. So to get those players together to play four hard-fought games, it is going to be difficult to motivate them. We try to have a professional league but our players are not professional. The players are on their own so it ultimately it is up to the conscience of a player whether they want to remain fit and sharp.

“Football is all about momentum and the teams at the top would have been in their stride, and would have been knocked off their stride by the fact that they are not training and not playing competitively. So even if we were to continue, I believe the end result would not be a true reflection of what the season is.”

But Cousins is all for finishing the league, although he wants a clear picture of how to proceed when play resumes.

“Our outlook is always positive,” he said. “We have always been of the opinion that we will survive relegation and we are awaiting the decision of the PLCA (Premier League Clubs Association) and the JFF (Jamaica Football Federation) as it relates to the way forward. We are prepared for any eventuality, but at the end of the day, we want to ensure we make our fans happy and that football is the ultimate winner. So we are awaiting the deliberations of the JFF and PLCA as it regards the directive we will take, but ultimately we would love to see the season come to an end, one way or the other,” he said.