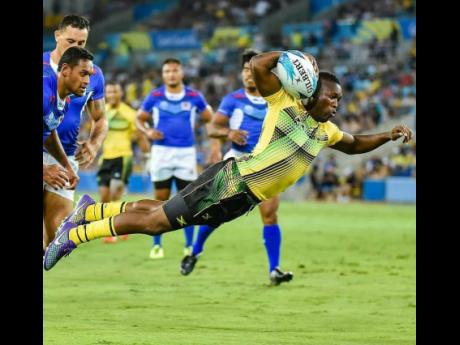 JAMAICA RUGBY Football Union (JRFU) Chairman Jerry Benzwick says the postponement of a number of international events this year because of the coronavirus pandemic will create a crowded calendar for 2021.

But he says that although this backlog will pose a real challenge for his administration, he thinks it is capable of handling the effects.

The Jamaica Crocs’ opening World Cup qualifier against The Bahamas which was set for April 25 was moved to March 2021, while the Women’s Tens Championship and the Under-19 Boys’ Championships, which were both set for July 8 to 12, have both been cancelled. The men’s and women’s Olympic qualifiers, which were to take place this summer, have been pushed back to next year as well, and although these are uncertain times for sports, Benzwick said ‘faith’ will see them through.

“This is going to be a real test of our administrative capabilities and resources, but we have been tested many times before,” he said. “Faith is a beautiful thing, and many times miracles do happen.

“For the past four years I have been in rugby administration, it has been operating generally on a shoestring budget and we barely make it to some of these [international] championships that we get to. But the players invest in themselves and believe in what we are doing, and they push hard and dig deep to find resources to make it to the tournaments.

“We do it only on sheer grit, but it needs more than that. It needs money to keep the wheels turning, so it will be a real test of our administration when we restart, but we believe we have what it takes to do it.”

Benzwick expects sports to be affected financially by the pandemic and says competition for sponsorship will be fierce as a result.

“I believe there is going to be a rat race for sponsorship and most companies will be in a rebuilding phase, so sponsorship will be scarce in every way,” he said. “But some (companies) will want to reboot their brand and get back in the public eye, so it can be a surplus.

“But now that sports have been cancelled, it dampened spirits, and people are searching for ways to keep themselves active, but nothing replaces the actual physical nature of sports – getting up and training hard and being pushed to the limit. But for now, we are in wait-and-see mode, the same mode the whole sporting world is in, so we are waiting for the coronavirus to be brought under control and for life to go back to normal.”