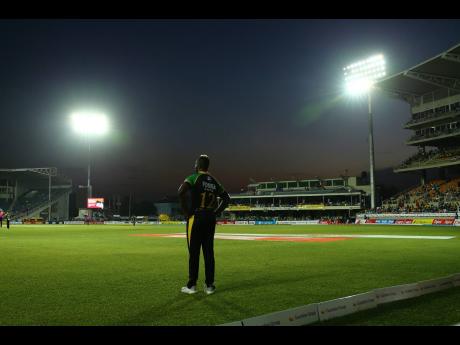 Former national cricketer Nehemiah Perry says that Chris Gayle’s departure from the Jamaica Tallawahs means that the franchise will need to create a better team dynamic as they continue to rebuild for the 2020 Caribbean Premier League (CPL) season.

Gayle signed for the St Lucia Zouks after the Tallawahs chose not to retain his services in spite of two years remaining on his contract. The move is the latest in the franchise’s bid to improve from their poor 2019 season, which saw them finish at the bottom of the table. Head coach Donovan Miller and manager Andrew Richardson already left the team after the last campaign and all-rounder Andre Russell said that he would not play for the Tallawahs beyond this year.

Perry said that while the main concern for the team will be how to improve the roster with similar talent to Gayle, he says that the emphasis has to be placed on building a positive team culture focused solely on winning.

“It is going to be very difficult to get a replacement for Gayle, but you have to now look at how can you get the team motivated, spirited, and ready to go,” Perry said. “What you want is 11 players, or 13 men who are going to die for each other out there. Who is going to play solid cricket, consistent cricket? Who is going to [make] the team spirit very good?”

Gayle left the Tallawahs on bad term,s having uploaded a three-part video on YouTube last Monday, giving his side of circumstances behind his departure. Gayle criticised the team management and assistant coach Ramnaresh Sarwan, blaming him for the internal problems experienced by the team. Russell then went on Instagram a day later to voice his own frustrations with the team, leading to his decision to leave after this season.

Perry said that the public fallout now being experienced will not benefit the Tallawahs or the sport.

“It doesn’t bode well for youngsters and people who are aspiring to play cricket to come into an environment like that,” he said. “I think we need to be a little bit more responsible. We need to be a little bit more practical in what we do and what we say because a lot of people out there look up to people like those – the Sarwans, the Gayles, and the Russells. They have them as their mentors, and to hear all of this is not good for cricket.”

A founding member of the franchise, Gayle led the Tallawahs to two CPL championships in 2013 and 2016 before leaving for a two-year stint with the St Kitts and Nevis Patriots. He returned to the Tallawahs last year, but the team won only two of their 10 matches.