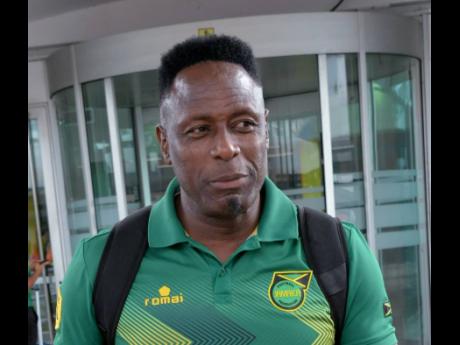 National senior men’s football team assistant coach Jerome Waite welcomes the decision by FIFA to allow teams the use of five substitutes when football leagues across the world resume.

Waite also wants the decision to be implemented permanently.

Football leagues worldwide have been on indefinite suspension since March because of the COVID-19 pandemic.

Many leagues organisers are looking to play games, as many as three a week, in quick succession to end the season as soon as possible so they can start the next on time.

Waite believes five substitutes will give coaches a better chance to protect their players from injury.

“If it (the Red Stripe Premier League, RSPL) does happen to resume and teams are to be playing three games in a week, the percentage of injuries will be higher,” he said.

“You will see the injury percentage rise, being that the competition was on such a long break.

“But also, it’s how well coaches manage [players] that will determine the rate of injuries and how far his team reaches because three games a week is not easy.”

“It will give two additional players the opportunity to showcase their talent, so it’s good the pandemic created this for football,” he said.

Waite says the league organiser, the Premier League Clubs Association, will need to make a decision on the league by the end of May.

“We all have to hope for the best because this pandemic is not a joke, it’s a serious thing,” he said. “Health is the first priority. Hopefully, we can get a chance to see football locally once more. But I am looking at the end of this month. By then, they should determine what the best thing possible is,” he said.