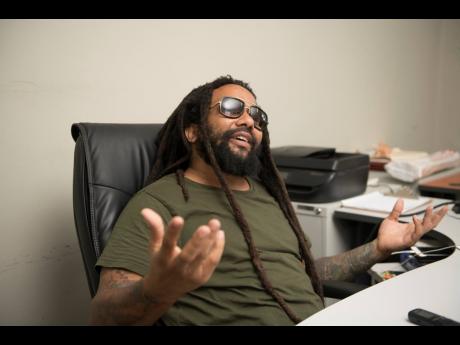 The JFF declared that the 2019/20 season was cancelled for all competitions, nationally and at the parish level – the Premier, Super, and Major League competitions. It means no champions will be crowned and there will be no promotion or relegation.

The coronavirus pandemic brought the western Super League season to a halt after match day 11, with Falmouth United leading the table with 25 points, one more than Faulkland FC. Montego Bay United were third with 22.

Owner of Falmouth United, Ky-Mani Marley, described the decision as a financial blow from which he doesn’t know if his club will be able to recover.

“To declare the season null and void and start again will be a big financial burden, especially for teams like us who are trying to make it to the premier league,” Marley said. He added that they had put in a lot of resources in a bid to make it to the premier league. They had brought in Lenny Hyde, the former national player, as coach, and signed a number of players.

Faulkland FC’s president Dalton Reid expressed disappointment with the JFF’s lack of communication, and described the decision as an unfortunate blow. The Catherine Hall-based club narrowly missed out on promotion to the premier league last season, and was optimistic about this season.

“It is unfortunate, but we understand the situation as the health and safety of the players and the public come first. We all have to suffer (financial loss) as a lot has been pumped into the season so far. We were really looking forward to a chance for promotion, after narrowly missing out last year,” Reid said.

“I would think that at least some form of communication should have been conveyed to the clubs that, in light of the circumstances, the season will be declared null and void,” he added.

Operations manager at Montego Bay United (MBU), Sandra Christie, accepted that the decision is in the best interests of the health and safety of everyone, but noted that there is still a feeling of disappointment.

The 2014 and 2016 Red Stripe Premier League champions were relegated last season (2018/19) and were aiming for a quick return to the nation’s top-flight football competition.

“The reality is that we are faced with a pandemic, and decisions have to be made in the best interests of the health and safety of all concerned,” Christie said. “It is, however, disappointing, especially after the investments we made and the commitment of the players.”