Daley: We have lost a father figure 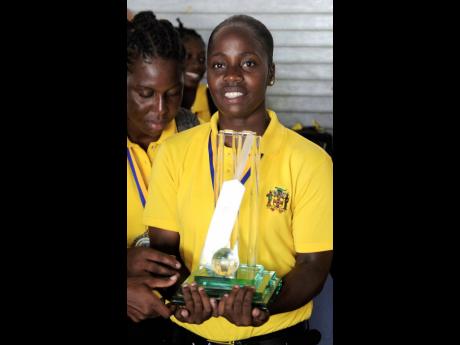 The 60-year-old Smith passed away at the Kingston Public Hospital after he was admitted with a heart condition. He has left behind twin daughters and a son.

Daley, who has been associated with Smith since 2006, says his passing has hit the cricketing fraternity hard and that she, along with other members of the women’s cricket team, was in shock.

“The last time I spoke to him three weeks ago, he said to me he would be all right after going into the Nuttall hospital. We had a good relationship; he was one of the few persons who understood my moodiness,” said Daley.

Daley, who represented the West Indies from 2008 to 2014, says Smith was the one who got her to go back into cricket after she quit the game due to depression a few years ago.

“He was the one that convinced me to come back into the game. He always said I was too talented to not be playing cricket,” she said.

The Jamaican all-rounder added that she has won five regional titles with coach Smith at the helm and said that she fondly remembers one of the titles back in 2008 during Jamaica’s golden performance at the Olympic Games.

“I will never forget the year when Jamaica dominated track and field at the Olympics. We were playing the regional tournament in St Lucia at the time, and I can remember during a game, when a Jamaican athlete was about to run a race, and coach Smith came on to the field and asked the umpires to allow us to go off and watch the race during the water break, and the umpires obliged. That was the type of patriotism that coach Smith believed in. We ended up winning the tournament that year as well,” added Daley.

Daley passionately described how coach Smith instilled belief into female cricketers in Jamaica and said that it is from that bunch that several females from the island have gone on to represent the West Indies.

“We knew we had the talent, we had a very good bunch, but we didn’t have a senior championship before him. He came and saw that, and he pushed us and urged us to work on being better, and he always encouraged us by saying we can win.”

Smith was also instrumental in the careers of many male cricketers, one of the most prominent being Xavier Marshall, who went on to represent the West Indies.

In paying tribute on behalf of the Jamaica Cricket Association (JCA), Chief Executive Officer Courtney Francis said that Smith was the consummate professional.

“Coach Smith was the epitome of commitment to the sport. Cricket has been a life-long love for him, and his association with the JCA dates back well over a decade. While Cleon was involved with the national programme as a coach for the national women’s team for an extended period, he stood in as Under-17 men’s coach at one point. Beyond that, he was involved at the local franchise level, the parish level, and even the Headley Cup,” said Francis.