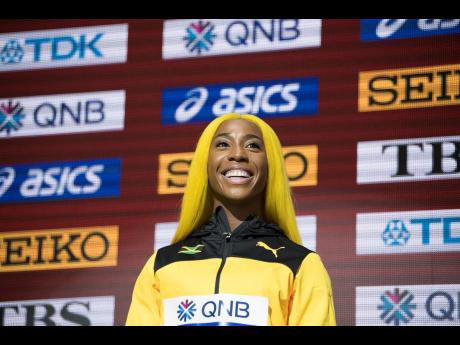 Multiple times world and Olympic 100m champion Shelly-Ann Fraser-Pryce has been named a board member of the newly created Athletics Association, an independent athletes led organisation advocating for the rights of track and field competitors worldwide. The organisation which was in development from last year officially launched today.

Fraser-Pryce will be representing the sprint disciplines along with British sprinter Adam Gemili.

The association was created in response to calls for more athlete representation, specifically after World Athletics announced changes to the 2020 Diamond League format which saw the exclusion of the 200m, 3000m steeplechase, discuss throw and the triple jump events from the Diamond League final.

Christian Taylor, American world and Olympic champion who will serve as its first president, said that he was pleased by the work done to fully establish the framework that will allow them to carry out their goals.

"I am very proud of the progress made by the members of the Athletics Association Board," Taylor said in a statement on Thursday. "Since its initial inception, a lot of work has been put in to establish the right governance and long term viability that is essential to do justice to the athletes we represent. It's this that has attracted the commitment and support of the athletes on the Board."

Olympic 400m champion Shaunae Miller-Uibo (Bahamas) and 2015 Pan American Games silver medallist hurdler Mikel Thomas (Trinidad and Tobago) are the other Caribbean members on the board. They will be representing the Americas region.