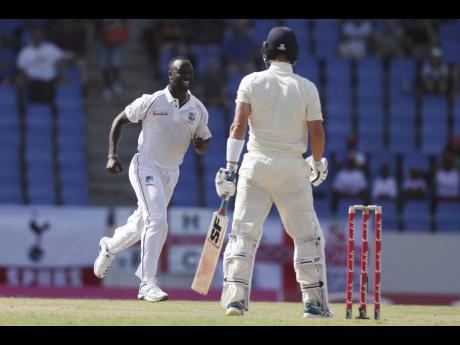 Cricket economist Tim Wigmore has predicted that Test playing nations outside the big three, England, India and Australia, will soon have to drop Test cricket from their calendar because it lacks viability.

Wigmore says it’s not feasible for some Test nations like the West Indies to continue playing this format and that they will soon have to neglect five-day cricket, sometimes for an entire calendar year.

Grave said that despite the financial difficulties associated with hosting Test cricket, all 12 Test playing nations, including the West Indies, are committed to playing the longer format of the game.

“There have been mostly speculation around four day Tests but everyone is committed to playing five day at the moment,” said Grave.

“We are very much committed to Test cricket but we need the support of the world,” he said.

He noted that domestic four-day cricket competitions around the world are operating at a loss, but insists it is important they keep playing the game’s longest format because of the benefits to players.

“It not just the regional four-day cricket that loses money. England county cricket, Sheffield Shield in Australia and the Ranji trophy in India lose money,” Grave shared. “But it is part of the investment we make. If we are to produce better cricketers, then four-day, five-day cricket is a very important part.”

He believes the International Cricket Council (ICC) needs to address how it shares revenue and invest in Test cricket from a commercial point of view, and noted that CWI has been leading in talks with the governing body.

“The economics are stocked against the West Indies because we are a low earning, high cost region and we are working with our other four members to get a more meaningful league structure,” he said.

He also thinks the dramatic fall in the TV value of Test cricket makes it difficult to sustain.

“We need teams to fly to the Caribbean on commercial flights in order for us to viably host Test cricket.

“It (revenue) swings from the lowest ranked teams to the highest. We only make money when England and India tour, for everyone else, at best we break even. There is also a difference when Jamaica, Barbados or Trinidad host it,” Grave noted.

“TV used to value Test cricket more than other formats, but now each format is pretty much worth the same. So do you want to host one Test match, which lasts a week or five T20s in week which is going to give you five times the amount of money compared to one Test match in week. So it’s a challenge,” said Grave.

Meanwhile, Francis argued that nations need Test cricket in order to get support from the ICC and like Grave, he believes it plays a crucial part in players’ overall development.

“It is part of our cricket development, so it cannot stop. It will be a little challenging now with COVID-19 as the things to come into place are going to be costly, but West Indies is a brand. It has always been a brand and it will always be a brand. We just have to put programmes in place to ensure we have the sustainability, where we have players coming through so we can replenish,” Francis reasoned.