Blake’s goodbye - JAAA president to step down, backs Gayle to replace him 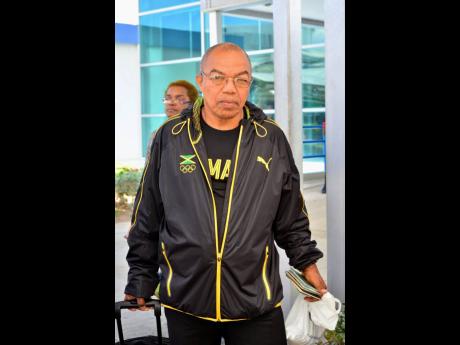 President of the Jamaica Athletics Administrative Association (JAAA), Dr Warren Blake, will not be seeking re-election for a third term in charge of Jamaica’s track and field and has thrown his support behind current General Secretary Garth Gayle to succeed him.

Gayle himself is still keeping his cards close to his chest, deciding against confirming an interest in the post when he was contacted yesterday.

Nevertheless, Blake, who has been at the helm of the JAAA since 2011, said that the decision to end his tenure as president was based on his belief in term limits.

“My decision has always been that I would only do two terms as president of the JAAA. This has been because of my deep-rooted belief in term limits. You have to set yourself a timeline and say, ‘I’m going to do the best I can within this time frame’, and when that time frame is up, you call it a day and move on and try to serve in some other fashion,” Blake told The Gleaner yesterday.

In a review of his time in office, Blake reflected on the successes of Jamaican teams at the highest level of competition during this period.

“This has been one of the most successful periods in Jamaican track and field history because of all the games we have gone to, except for one, we have achieved, if not the highest number of medals and the best performances, but we have always come very close to that. There’s just one, the 2017 World Championships, where we expected to do very well and a series of mishaps took place,” Blake reasoned.

In addition, he noted Jamaica’s advancement in field events as a significant development over the past few years.

“We have always done well at all levels, and we have moved from being just a narrow sprinting nation to a nation that is well-respected in field events as well,” added the outgoing president. He submitted that the association had helped to spark growth in the field events through coaching education.

Despite Blake’s convictions, there has been criticism of the JAAA’s contribution to the country’s international athletics success in several circles, but the president defended his administration’s role.

“You can’t have it both ways. If things don’t go well on the track, as they did in 2017, when things didn’t go well, it was nobody else’s fault but the administration’s, and we were blamed for everything that took place, including athletes getting sick, and when things go well, the administrations are the last ones to get credit in that success. So if we are to blame if things go bad, by the same token, we should have a role to play when things go well,” Blake countered.

These last months of his presidency have seen the JAAA move to finish work on its office on Tremaine Road in Kingston.

“When we took over eight years ago, we put a manifesto of things we wanted to achieve, and I can tell you, the last item on the manifesto, we’re in the process of completing, and that is building the federation’s home into a world-class home,” said Blake.

The refurbishing work is expected to be complete before the annual general meeting (AGM) in December.

Meanwhile, Gayle is overwhelmingly favoured to take over the mantle at the AGM, and Blake thinks the long-serving administrator is ideal for the role.

“I think Garth (Gayle) is very knowledgeable in track and field, and he would make an excellent president”, said Blake. “But it’s still an open association, and anybody is free to put their name in the ring.”

Blake rose to the top of the JAAA following the death of then president Howard Aris in 2011. He went on to win his own mandate in 2012 after getting the better of Lincoln Eatmon and Grace Jackson and was returned unopposed in 2016.