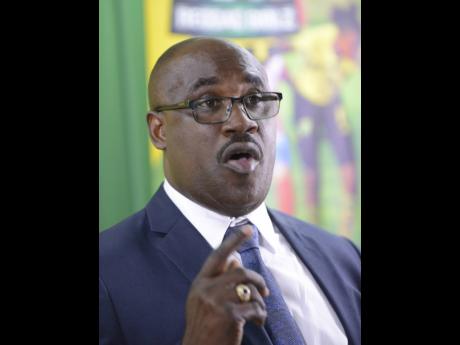 Jamaica Football Federation (JFF) Veterans Welfare Programme committee member, Neville Oxford, chided the federation for what he says is their lack of commitment to the initiative, which was established to assist former players who have fallen on hard times.

Last December, the federation launched the programme in an effort to generate more funds to aid past national players and other football stalwarts who are in need of economic and or medical assistance.

JFF President Michael Ricketts, at the time, said the federation reorganised and restarted the programme themselves, after recognising the need for support.

However, Oxford, who is also a member of the Unsung Heroes Foundation, a group of former players who assist past national representatives who have found times difficult, said the veterans welfare committee has not met since its launch in December, adding that he was disappointed with the efforts of the federation in moving the initiative forward.

“The JFF has been very silent and dormant. Myself, Michael Tulloch and others like Allan ‘Skill’ Cole and (Kenneth) ‘Bop’ Campbell (Unsung Heroes Foundation) is the group that is really pushing on regardless of what the JFF is doing. They (JFF) have been non-committal and so we just have to pursue what we have to,” Oxford said.

The Unsung Heroes Foundation recently reached out to former national player Miguel Blair, who is living with a mental problem and in deplorable conditions at his Water Street residence in downtown Kingston. Although the foundation has received and continue to receive support for Blair, Oxford said there are many others like him, and he believes that with greater commitment from the federation, they can do more and reach more of those in need.

“The first project was to set up ‘Blue’ (Miguel Blair). We cleaned up the place and got the land title. Mr Wilks (SDF) has been working with us and Food For The Poor, and we think we will be able to put up a (house) structure for him before the end of the year. Courts and other furniture providers have also contacted us,” he revealed.

“The JFF has been non-committal and we cannot wait on the JFF. If they are not willing, we have to take some initiative. People have been coming in and it is a start in the right direction, but the JFF has to start come up as well and start pulling their weight or it (Veterans Welfare Programme) is only going to die. We (foundation) can only do so much, some initiative has to come from the JFF,” Oxford added.

JFF General Secretary Dalton Wint insists the project remains a priority, but pointed out that their fundraising efforts have so far not been successful.

“This is something the president (Ricketts) is very interested in. The two fundraising efforts we tried were unsuccessful. But he will be taking a different approach to fund this project, as it is dear to his heart. He will do everything in his power to get this thing to happen. He wants to seek support from corporate Jamaica and try some other fundraising efforts, so Mr Ricketts wants to see it happening, and if it is not working one way, he will try to do it whichever other way he can, to get it to work,” Wint sought to assure.