Youth at risk due to lack of sports – Lalor 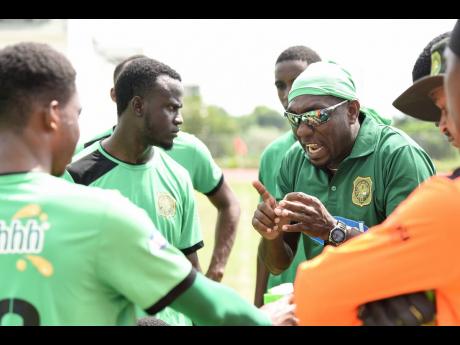 Calabar High School’s football coach, David Lalor, says he is concerned that without the sport being played locally, many youth from lower-income communities will go astray.

Lalor described competitions such as the Kingston and St Andrew Football Association (KSAFA) age-group leagues as gateways for many youngsters to engage in meaningful activities through football.

“Most of these youngsters come from inner-city communities that make up the bulk of participants in the KSAFA leagues. The school systems are down, and you have a lot of them in schools that also participate in the leagues. They have a lot of challenges regarding what is happening at school now, so most of them are not going [to school]. There’s a saying that goes, ‘The Devil find work for idle hands,’ and their lives can easily go astray without positive influence or focus,” Lalor said.

“Some of the more mature footballers are the ones that get jobs through Business House (league) and it is the same thing with the netballers. We have a lot of young ladies that can play, so a lot of people get jobs through sports or because they can play a particular sport. The KSAFA leagues are great, and they provide a lot of opportunities, both for youngsters to play football and for adults to get jobs. Without the leagues, it will have an impact on our social structure within the inner-city and Jamaica,” he added.

“These are youngsters that have football talents. With the leagues playing and these youngsters coming out in the evenings or in the morning for training, it gives them something to focus on and look forward to. There is also hope for them with playing football by allowing them to get an opportunity to go overseas, to explore and export their talents and make something of themselves. We see it every day with players like Raheem Sterling and others, so these youngsters have hope,” Lalor stated.

Meanwhile, KSAFA President Wayne Shaw noted that engaging youngsters in sports is the main priority of the association, but underlined that his association must be given permission from the respective ministries before they can return to its mandate.

Shaw, however, shared that KSAFA already has several important plans in place to engage the youth, once the restrictions are lifted.

“Because of COVID-19, and we are waiting on the Government to give the go-ahead, we cannot set a timeline for the resumption of our leagues. We have a lot of plans in store for when football or sports resume locally, to continue our youth programme. We have to be very careful, and so as soon as we get the go-ahead, we will resume our competitions,” Shaw said.

“There will be a meeting with (Health Minister) Dr Tufton, the Ministry of Health and Wellness and the Jamaica Football Federation (JFF) to get the final clearance to resume football locally. The protocols are done by the JFF, and all the parties must wait until they are given approval. They are seeking permission for the Premier League, and that approval will filter down for the Major League, Super League and the others to start after.”