National Stadium, Sabina ready for ‘Prem’ - No issues for venues despite heavy rain across the island 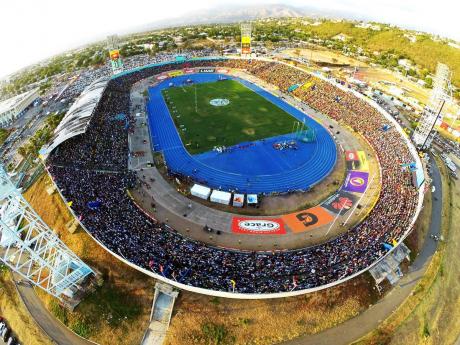 Aerial view of the National Stadium.

General Manager of Independence Park Limited, Major Desmon Brown and Chief Executive Officer of Sabina Holdings Limited, Anthony Walter have both noted that there is no significant issue hampering their ability to host games for the upcoming National Premier League season, should approval be given to play at their respective facilities.

The 2020-21 campaign will be played at central locations as opposed to the club’s home venues, in keeping with COVID-19 protocols that have been discussed with the Ministry of Health and Wellness (MOHW). Although Jamaica Football Federation (JFF) President Michael Ricketts did not disclose the specific venues being evaluated, Humble Lion head coach Andrew Price identified Independence Park, which consists of the National Stadium and Stadium East fields, as well as Sabina Park, as the venues up for consideration to host the condensed season.

Despite recent heavy rainfall over the weekend, which has caused significant flooding across the island, both Brown and Walter say that the effects on their respective venues have been minimal, and that currently there are no significant barriers to having games at the venues.

“Our fields are designed with a massive drainage system below it, so rain does not affect our fields,” Brown told The Gleaner.

“We have minor things, like sections of the stands will get wet and it will show up below the stands, but nothing that could prevent us from hosting a game in terms of the rain,” Walter shared.

The season is still expected to start on November 14; however, the MOHW recently asked the JFF to make changes to their COVID-19 protocols, having inquired about certain equipment such as handwashing stations and other means of sanitisation.

Walter says that while Sabina Park is ready to meet the required protocols to host games, including installing sanitisation stations for the teams’ changing rooms, he said that they would seek guidance from the MOHW for any specific changes necessary for the season.

“We are still to work out what protocol the Ministry of Health is going to ask of us. Everybody is trying to work through it. We know what the standard stuff is, but any specific items, they are the experts in dealing with that sort of thing,” Walter said. “So, we are to be guided by the ministry.”