Foster recovering after getting shot in neck 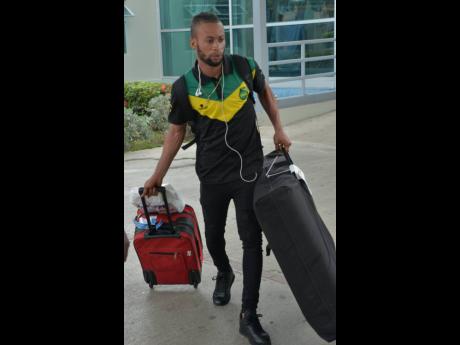 A high-ranking Portmore United administrator says that former striker Maalique Foster, who was shot and injured in an incident in Southborough, Portmore, on Tuesday night, was in stable condition and due for release from hospital.

Based on reports, Foster, who represented Portmore from 2015 to 2018, was among a group of persons in the community at around 8 p.m. on Tuesday, when four gunmen showed up and shot a group of men, killing two and injuring three others.

“He got a shot in his neck, but he is stable,” the official told The Gleaner. “The last time we checked and spoke to the doctor was about quarter to 12, and Maalique is fine and should be out today (yesterday).”

Foster, who was on a loan deal with Israeli first division club Hapoel Ironi Kiryat Shmona FC, returned home recently to continue his rehabilitation after picking up a groin injury. Although Hapoel was willing to undertake his medical expenses, the player turned down the offer and opted to return home to continue his treatment.

“Based on the doctor’s report, the injury would have had him out for three to four months,” the administrator said. “The club was willing to rehabilitate him, but he preferred to come home and do it. He wouldn’t be playing any ball, he would just be rehabilitating. But truly, we would have preferred if he [had] stayed.

“He is very talented and his focus is to play overseas ... we are here for him. But that is how it is with injuries, and we now have this very unfortunate incident. But we are wishing him well and we will try to help him as much as possible.”

Foster, won the Manning Cup multiple times with Jamaica College. He joined Portmore in 2015 and helped the St Catherine club reclaimed the National Premier League title in the 2017-18 season, where he scored four goals. He then moved to Costa Rican club Alajuelense in 2018. Since then, he has played in the United Soccer League in the United States with Rio Grande Valley, then back in Costa Rica for Santos de Guápiles, before joining Hapoel last season. The 23-year-old also has nine caps and four goals at the international level.