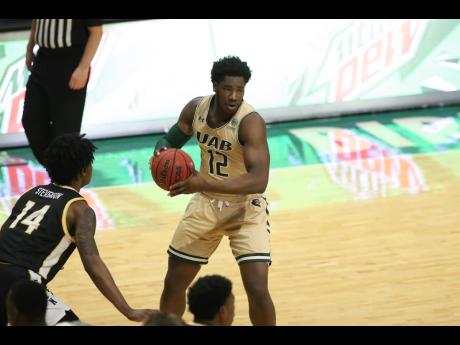 Former University of Alabama basketball player Will Butler, who recently signed his first professional contract with Spanish second division club CB Penas Huesca, believes European leagues present a more viable option for players coming out of US colleges who cannot make it into the NBA straight away.

Butler said even though the NBA remains the ultimate dream of many aspiring players, the chances of breaking into the NBA are very difficult, and he think more players should look to Europe, where they will still be playing at a very high level and earning substantially.

“... For someone like me, which it depends on where I grew up and where I came from, Europe is a glorious opportunity to play and make money,” said Butler. “I would love to make the NBA and I am going to be doing everything to make it into the NBA, as that is also a goal for me. But if it happens, it happens; if it doesn’t, it doesn’t.”

With the ink now dry on his deal, the 23-year-old is looking to make a big mark in his debut season.

“It means a lot to me, because it feels really great knowing I am about to start my professional basketball career. I can’t wait to start working with the team, going to games and trying to help my teammates as much as I can,” he said.

The former Old Harbour High School player missed the start of the season with his new club on Saturday, but intends to make a name for himself and secure another contract for next term.

“A person like me, trying to help my family, I want to be playing basketball for as long as I can and make as much money as I can. This is my first year, so I am just looking to make my name. I want everybody to know about me.

“My main goal right now is to go there, play hard and try to get better each year, so I can get a contract, as you would like a contract each year,” said the Conners, St Catherine native.

Butler, who suffered a ACL injury in his rookie year at Alabama and missed most of his freshman season and all of his sophomore year, returned to playing in his senior year, averaging nine points, while shooting over 50 per cent from the field and pulling down four rebounds a game.

“The injury was one of the hardest things in my career but one of the best thing to happen to me, because I got the chance to work on different aspects of my game and when I am on the bench, it helped me to look at the game from a different perspective,” said Butler.