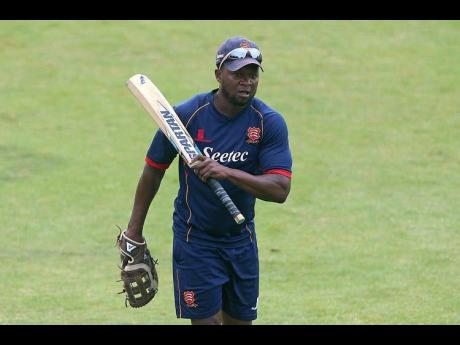 Jamaican UK-based coach Donovan Miller is among three coaches reported by ESPN Cricinfo as being shortlisted for the head coaching job at English County side Warwickshire.

Miller, the former Jamaica Tallawahs head coach, is set to undergo a second interview in early December along with former England batsman Mark Ramprakash and another Englishman Graeme Welsh.

The Warwickshire job became vacant following the departure of Jim Troughton. Miller’s consideration for the coaching position may have come down to Warwickshire’s adoption of the Rooney Rule, which requires clubs to interview at least one black, Asian and minority ethnic (BAME) candidate for every senior head coach role.

Whilst Ramprakash may be the favourite to land the job, sources say it will all come down to the second interview, which will be conducted by the county’s executive lead by Stuart Cain.

In a statement issued by the county earlier this month, Cain said it was the right move at this time to execute the Rooney Rule, which was named after former NFL Diversity committee chairman, Dan Rooney.

“There shouldn’t be a barrier in the mind of anybody with the right experience who wants to apply for this job. So, we think it’s right to adopt the principle of the Rooney Rule in the same way as many of the world’s leading sports organisations have,” the statement read.

Miller’s credentials far surpass the other candidates up for the job, as he has held head coaching jobs overseas in the Manzi Super League in South Africa, Caribbean Premier League, the Pakistan Super League and the Canada Global T20.