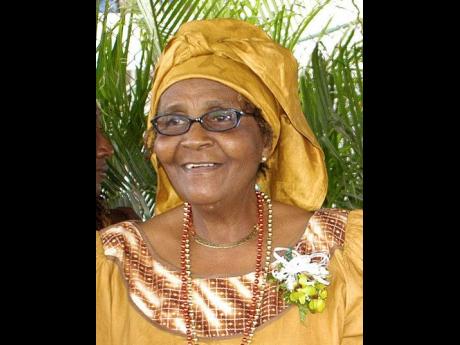 Former Jamaica and West Indies Women’s cricketer and umpire Vivalyn Latty-Scott died on Sunday after ailing for some time.

The 82-year-old Latty-Scott was said to have passed away in her daughter’s arms in Florida, where she had been living.

The former Lucas and Kensington cricketer played many years for Jamaica and then the West Indies in the 1970s and ‘80s, and made history when she became the first female cricketer to take five wickets in the first Test match for the West Indies against Australia at Jarrett Park in Montego Bay in 1976.

A resolute batter and passionate off-spinner back in her day, Latty-Scott was named Sports Woman of the Year in 1976 following her tremendous exploits for Jamaica and the West Indies, where she played against India and toured England with the regional side.

INDUCTED IN THE HALL OF FAME

Latty-Scott, who was born in Clarendon, was also inducted into The University of West Indies Hall of Fame.

Former Jamaica and West Indies teammate Dorothy Hobson says Latty-Scott was undoubtedly one of the best cricketers she has ever played with.

“She was one of the best as an all-rounder, very good in the field, and she was an intense kind of cricketer who did not like to lose,” Hobson said. “She would isolate herself when we lost on tour and wouldn’t come out of her room until she calmed down. That was the kind of passion and commitment that she played with.”

Jamaica Cricket Association Chief Executive Officer Courtney Francis also paid tribute to the late Latty-Scott, whom he described as a pioneer for the women’s game in Jamaica and the Caribbean.

“Latty-Scott was a vanguard for women’s cricket and she set the trend,” he said. “She was so good that there was a postal stamp that was created in her honour; and the cricketing fraternity has lost an icon.”