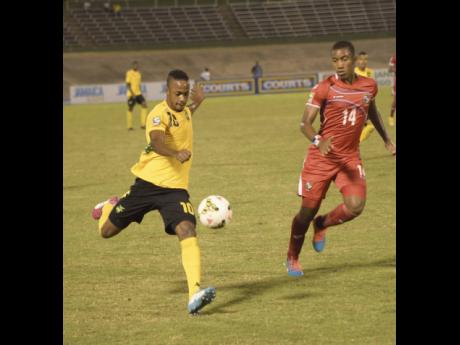 Flemmings, USL's Most Valuable Player last season, was released by Phoenix Rising after an incident last season where he was alleged to have used a Jamaican homophobic slur against Collin Martin, an openly gay San Diego Loyal player. He, however, vehemently denied the allegation.

Legion offered the 24-year-old a one year contract with a team option for a second season pending league and federal approval and completion of a P1 visa.

Flemmings, who was issued a six game ban and an undisclosed fine by USL for the use of foul and abusive language, will miss his first two games with Legion, having only served four games for Rising.

“Legion FC, and every individual associated with the club, strongly condemns all racial and homophobic comments and actions,” he said. “We understand the importance of inclusion, respect and the impact our words have on those around us. We also believe that second chances provide opportunities for growth."

More on this story in the Thursday STAR.