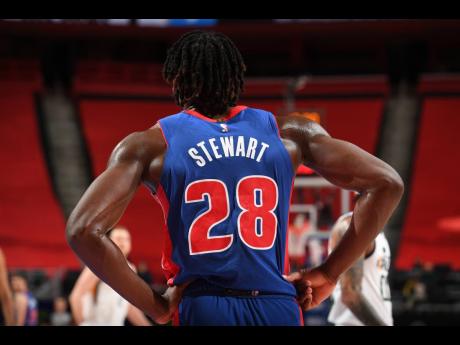 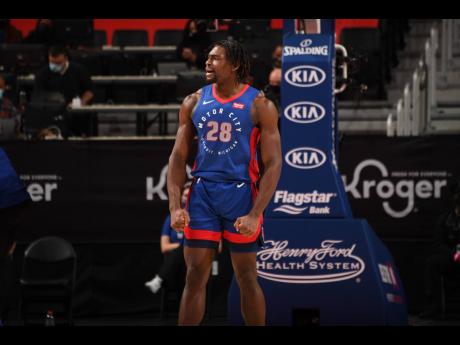 AP
Isaiah Stewart of the Detroit Pistons celebrates during a NBA game against the Boston Celtics on January 3, 2021 at Little Caesars Arena in Detroit, Michigan.
1
2

Detroit Pistons’ power forward Isaiah Stewart says that he has never forgotten his Jamaican roots on his journey to the NBA. In fact, he credits the foundation instilled by his father, a Jamaican native, in taking him to the elite level he has now reached, and expects more players with ties to the island to make the climb to the NBA in the near future.

The 19-year-old, who was born in New York, is in his rookie NBA season with the Detroit Pistons, after completing one year in college at the University of Washington. Initially drafted in the first round by the Portland Trailblazers last November, he was subsequently traded to the Pistons to play under 2018 Coach of the Year Dwayne Casey and is already starting to make an impression on the coaching staff for his tenacity and positive aggression on the court.

Although born in Rochester, Stewart says that he has felt connected to his Jamaican heritage through his father, Dela, who was born in St Mary and migrated to the United States in the 1970s for farm work. He later moved to New York, where he worked in construction.

Stewart says that the industrious values taught by his father would be the values that he would carry with him in life, as well as in basketball.

“Just growing up with my father on that side of the family, it always showed me how to work hard,” Stewart told The Gleaner. “Growing up my dad showed me examples of how to make it in life, how to work hard, and how to have the will to not be denied.”

He believes that it was important to learn and be immersed in the Jamaican culture through his father’s side of the family.

“For me, I take it very seriously because I feel it runs through my veins, it runs through my blood, and I have a big part of that in me. Obviously, learning from my dad how hard he worked, I feel like all Jamaicans are hard workers and are cut from a different type of cloth,” Stewart shared.

A five-star recruit out of La Lumiere School, Stewart committed to the University of Washington in 2019. His connection to his father’s place of birth was further cemented when he chose to wear Jamaica-born basketball Hall of Famer Patrick Ewing’s old number for the entire season.

“When I grew up, I watched a lot of his highlights. I loved his game. A lot of people found it weird since I am so young, but I feel like he was one of the first bigs to start putting his face up in his game and shooting jump shots,” Stewart said. “Not only that, I found out he was Jamaican as well, and that made me even crazier about him and his career and everything. He is definitely the reason that I wore 33.”

Stewart went on to be named to the All-Pac 12 first and freshman teams at the end of the regular season before declaring for the NBA draft last April, a draft class that included Jamaica-born Nick Richards, who plays for the Charlotte Hornets, and Romaro Gill, who went undrafted but signed a contract with the Utah Jazz. Stewart says that he expects that Jamaican representation in the NBA, whether native or not, will increase in the future.

“They may not Jamaica-born, but just like me, they have parents who were born in Jamaica. So, I feel there are a lot of basketball players that have that Jamaican in their blood and as it continues to go on, there’s going to be a lot of Jamaican players playing on this stage,” Stewart said.