After COVID battle, Bulli ready to fight with Scorpions 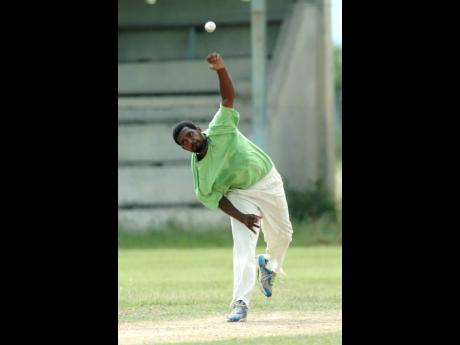 Jamaican slow left-arm bowler Dennis Bulli could not hold back his excitement when he got the call from lead selector Junior Bennett, that he was in the Scorpions squad for the Super50 tournament.

It has been months since the former Kensington and Jamaica Defence Force player graced a cricket field, after contracting the coronavirus back in late August last year. The 33-year-old has since recovered from the virus and has been putting in the work, which has resulted in him being named in the 15-man Jamaica squad for the limited-overs tournament, which will be held in Antigua next month.

“I am very excited about the Super50. It’s a long time I haven’t played competitive cricket and I am working very hard, doing a lot of training in preparation for the tournament,” said Bulli.

Bulli said that the coronavirus had initially taken a heavy toll on his body, but he has since put in tremendous work to get to a point where he feels even better than before.

“When I had the virus, I could hardly run and I would get tired very easily, but now, I have been working harder than ever and my strength has come back. We have been doing a lot of training, bowling and fielding, and I aim to play more games and try to come up with at least 15 wickets this season,” added Bulli.

At last year’s Super50 tournament, Bulli snared 12 wickets in six games for Jamaica. That performance saw him getting selected to the West Indies President’s XI. He had to, however, pull out of that match due to a shoulder injury.

To make matters worse, he was slated to play in his first Caribbean Premier League tournament this year, but he was forced to miss the tournament after contracting COVID-19.

Fast-forward to the present, and Bulli says he is putting all the negatives behind him and is looking forward to pushing on with his career this season.

“I have to give thanks to my family and my best friend and teammate, Sheldon Cottrell, who has been with me through thick and thin and has motivated me to keep pressing on,” he said.

“It is important for them to get lots of rest and drink a lot of water. It should take around 14 days to get over, and all I can say to them is that there is life after COVID-19, and the key is to not pressure themselves too much,” Bulli advised.

Bulli and the Scorpions will bow into action in the Super50 on February 9, when they will face a strong Trinidad and Tobago Red Force team in a day-night encounter.