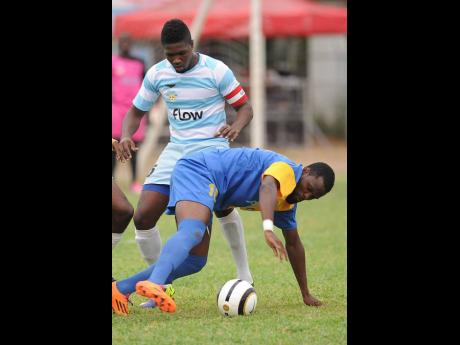 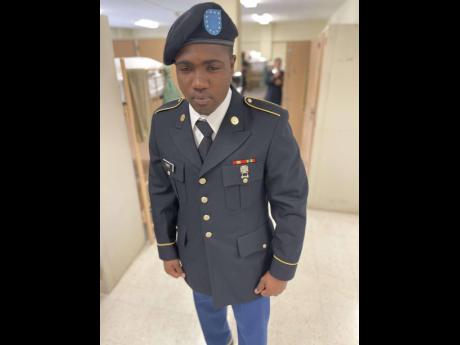 In 2019 at the age of 27, former Reno and Manchester High School captain and defender, Alburn Facey, decided to abandon his football ambitions to join the US Army in an effort to provide a stable future for his family.

Despite falling short of his football dream, Facey is still thankful for his experiences in football, highlighting that the sport provided him with the tools and opportunity to succeed in his current commitments.

Facey credited his background in football for his physical and mental fortitude, which helped him to not only survive the gruelling six-month US Army training programme, but also emerge as the number one trainee, winning the Iron Soldier Award and the award for leadership.

“The fact that I played soccer did a lot for me coming into the army. I won two awards. I was the Army Iron Soldier, the winner of a compact fitness test and I got the award for leadership. All this stems from soccer and the fact that I am an athlete and I am used to doing that type of work,” Facey told The Sunday Gleaner.

“It (training) was physically and mentally demanding. It was not an easy road but you cannot give up, and being an athlete helped me a lot. I also remember the days at Reno when I trained and played hard for nothing, so I just kept fighting and knew that I was going to come out on top,” he shared.

His role as captain at both Reno and Manchester High School, he believes, also prepared him for leadership responsibilities.

Facey, who started out with Harbour View, left for Reno after nine months on the recommendation of former coach Vin Blaine, who thought he needed more experience.

He spent two seasons in the Western Confederation Super League before helping the club gain promotion to the Premier League.

However, after three seasons in the top flight, the birth of his first child brought new economic demands, and in 2018, after playing a few months with newly promoted Sandals FC, he left Jamaica in search of greener pastures.

However, the earnings he gathered from playing amateur leagues in the US did not suffice, while his status did not permit him to play professionally. But with the desire to create a brighter future for himself and his family still very strong, he took the decision to sign up for the army.

“Getting into the army stemmed from the fact that I wanted to do something for my parents and create a better future for my family. My parents are poor farmers and I watched them struggle, and in playing soccer, there was no hope for me to be in the spotlight or create wealth for me and my family.

“So I decided to do something that would create a future for my family and make my parents proud. Although I gave up on my dream, I did not give up on my future,” he commented.

Facey, who graduated just over a week ago, is now based in Texas, with his unit being assigned to South Korea.

Nevertheless, he wants to give back to his community of Brinkley in St Elizabeth, and hopes to give support to Reno Football Club, which paved the way for him.

“I plan to go back to my community and do something bigger for soccer. The opportunities I never got while I was growing up, I want to give that to some of the kids in my community,” said Facey. “Reno is the backbone of my career and is the reason why I am where I am today, so I want to give back to Reno as well.”

Facey is looking to do 20 years of service in the army, but believes it was important for young footballers to make the most of their opportunities in the sport.

“I just want to say to the young (Jamaican) footballers, be in it for the love of it and give your all to football. It can be a vehicle out of poverty and can create a future for you, so give it your all. Get up every day and give it your all for your family, yourself and your club.”