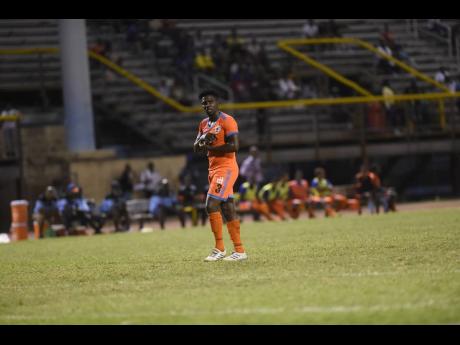 Former Reno FC captain Alburn Facey says he is impressed with the recent steps the Jamaica Premier League has taken towards professionalisation.

Facey, who also represented Sandals South Coast in the League three years ago, has recently joined the United States military.

He says that up to over a week ago, he knew nothing of the transformation that was taking shape in the Jamaican football landscape as he was locked away from the world for six months completing his training.

However, since graduating this month, the 28-year-old looked to catch up on football developments in the country and was in awe of what he saw.

“What I see is a good look for Jamaican football right now,” Facey told The Gleaner. “Just imagine each individual club having its own sponsor versus a body that is trying to create something for the entire league.

“It is harder to govern like that because you have to be thinking about a lot of other things. But when you have a particular company focusing on just one particular club, it is a win-win for all as the companies will give their products and services, and, in turn, the club will promote it.

“So this is the way forward for Jamaica’s football right now. I would not recede from this plan. This is a better system. The strategy will work for Jamaica football.”

As a player, Facey said he and his peers face numerous hardships regarding salary and injuries, and he believes that players are the ones that will be most pleased with these improvements.

“From what I read, they say it will help the players recover faster (from injuries). Most of us didn’t have the right treatment to recover the right way. We just had to use traditional ways.

“Back then, sometimes we only got paid every other month because of the time the PLCA (the now defunct Premier League Clubs Association) released the money. But having an individual sponsor, they will know what is coming in and what should be going out, and that means the players will be paid on time. When players are paid on time, it means an increase in performance.”

Facey says that all stakeholders should give the new league their full support as he sees this as the sure way to go.

“I am really impressed by it, and I’m 100 per cent behind it. I hope the people in the country support these companies that are ensuring that we have something to look forward to every Sunday.

“We are in the midst of COVID, and businesses are going down, but because of their love for the sport, they are ensuring that they are sponsoring these teams.

“So I take my hat off to all those that are on board already, and I hope this opens the doors for others that are having second thoughts to just go in 100 per cent to ensure that the league can kick off in time.”