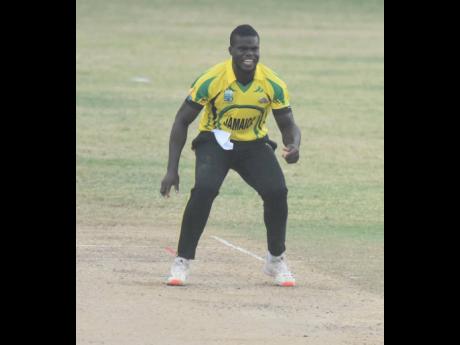 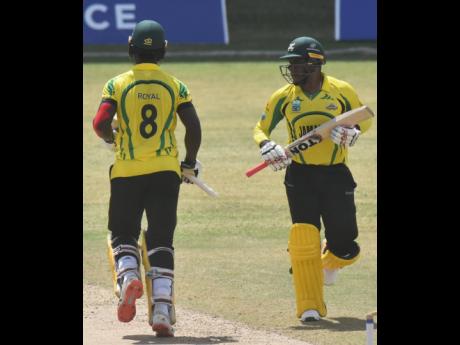 The Jamaica Scorpions avoided elimination from the Cricket West Indies Regional Super50 tournament with a six-run win over the Leeward Islands Hurricanes yesterday.

A fine performance with both the bat and ball from rookie Jeavor Royal won him the Man-of-the-Match award and powered the Jamaicans forward under the Duckworth Lewis Method, in their rain-affected encounter at the Sir Vivian Richards Stadium in Antigua.

Royal first came up big with the bat, with Fabian Allen, to help rescue the Scorpions innings, which was teetering at 135 for nine in the 38th over.

The duo added a Jamaica record of 85 runs for the 10th wicket, to spruce up the Scorpions score to 220 all out in 48 overs and a delivery.

The right-handed Royal hit 38 runs from 40 deliveries with two fours and two sixes, while Allen scored 44 runs from 42 balls, with three fours and three sixes.

Captain Rovman Powell made 29 and Paul Palmer Jr, 23, as left-arm spinner Ashmead Nedd bagged three for 23 from his 10 overs. There were also two wickets each for Quinton Boatswain and Terrence Warde.

Royal then returned with his left-arm spin to remove the dangerous opener Kieron Powell for 17 and the in-form batsman Kacey Carty for 13, as the Hurricanes, who required 194 to win off 43 overs after three rain delays, faltered in the end at 188 for eight.

Nitish Kumar contributed 51 from 96 balls and Devon Thomas 49 from 53 balls, with the duo sharing in a 64-run fourth-wicket stand.

Off-spinner Jamie Merchant weighed in with three valuable wickets for 44 runs off nine overs. There was a wicket apiece for vice-captain Derval Green, and Powell, who bowled brilliantly in the final two overs, to dissipate the Hurricanes.

FOUR POINTS ON THE BOARD

With the win, the Scorpions get on the board with four points, equal to the Barbados Pride, who they play tomorrow. The winner of that contest will join the Trinidad and Tobago Red Force, the Guyana Jaguars, and the Windward Islands Volcanoes in the semi-finals.

For Royal, yesterday’s performance has lifted the confidence of the team.

“I thought everyone pulled their weight, and we played some good cricket in patches,” he said after the match. “I must say congrats to the boys. Sunday’s game is a big one, but we have a win under our belts now, and that will give us some confidence and belief to execute in Sunday’s decider.”

Tomorrow’s game bowls off at the Coolidge Cricket Ground at 12:30 p.m.