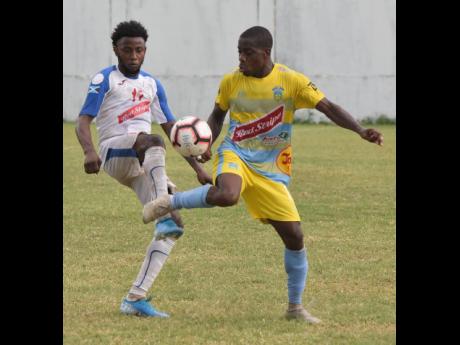 Former Portmore United midfielder Tevin Shaw says that he is ready to take advantage of the opportunity this time around in the Canadian Premier League (CPL) season after having to bide his time at home without local football.

The 23-year-old midfielder had his contract extended recently with CPL outfit Atletico Ottawa for the 2021 season. He originally signed with the team last year but was unable to travel because of COVID-19 restrictions. His 2020 season was further compounded with the suspension and cancellation of the 2019-20 National Premier League season. Shaw described the last 12 months as frustrating.

“It was really a rough feeling, knowing that I was ready mentally and physically for the league but, unfortunately, due to the restrictions I [had to] stay home,” Shaw told STAR Sports. “The plan B was to stay here and play after knowing that I wouldn’t be able to travel to Canada. It’s really disappointing that all around the world is playing football, and in Jamaica we haven’t been playing as yet.”

Shaw will be joining a league that includes national player Alex Marshall, who plays for Halifax Wanderers and helped the team to reach last year’s final. Shaw said that he has received feedback from Marshall on the league and believes that given the shortened season last year because of the pandemic, the league will be able to show its true potential this year.

“I heard good news from [him], and [the league] was really challenging for him. I think this year will be a better year, knowing that all of the games will be played this year, and I’m grateful for the opportunity to showcase my talent this year,” Shaw said.

Despite his 11-month wait, Shaw says that he is ready to take the next step in his career and believes that his Ottawa adventure will be key to his future goals.

“I’m 100 per cent really. I was ready last year, so this year it adds to that enthusiasm. I think it will be wonderful year for me and my career. It’s just the start of something great and I can’t wait to get started with the boys,” Shaw said. “We are mentally ready and physically ready.”

The 2021 CPL season is tentatively set to start in May.