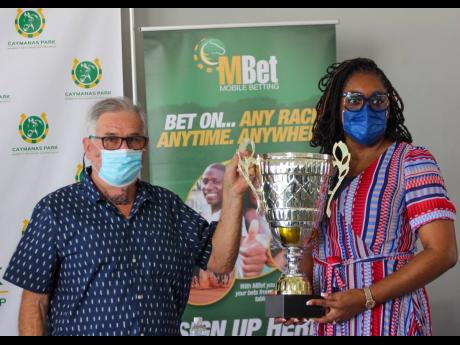 As part of the efforts to develop Caymanas Park into a first-world racing destination, Supreme Ventures Racing and Entertainment Limited (SVREL) is pulling out all the stops with the sweetening of the pot for the Road to the Triple Crown, and the series, which gets under way on March 13.

Two new races have been added to the Triple Crown preparatory line-up, with the running of the inaugural Portmore and Kingston Cup, for grade two Fillies and Colts and Geldings, respectively, on Saturday, May 1, and Saturday, May 8.

The Hotline Stakes will kick off the series on Saturday, March 13, and culminate with the Prince Consort Stakes on Monday, April 5.

Chairman of SVREL, Solomon Sharpe, says his entity will be pulling out all the stops to ensure that the classic season and the events leading up to it are beneficial to all and sundry.

“As we evolve into a first-world racing destination, we felt that there were additional races that horsemen needed going into the Triple Crown, so we added the Portmore and the Kingston, which is in celebration of the communities in which we operate, “said Sharpe.

Five-time Triple Crown-winning trainer Philip Feanny wholeheartedly endorses the additional races in the road to the Triple Crown, which he believes will pique more interest across the board.

“I think it’s a very good idea, and certainly, it is the way forward. The emphasis, as the trainer says, is towards the younger horses, and this will encourage breeders to breed more horses,” said Feanny.

Upon the culmination of the Road to the Triple Crown, the series will then take centre stage in June with the four premier races.

On July 3, the Jamaica St Leger over 2000m with a purse of $4.5 million will run for three-year-old graded horses, after which the series comes to an end on August 6 with the running of the 101st Jamaica Derby over four furlongs with a purse of $7.5 million.