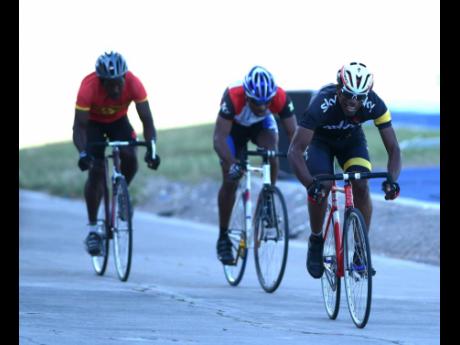 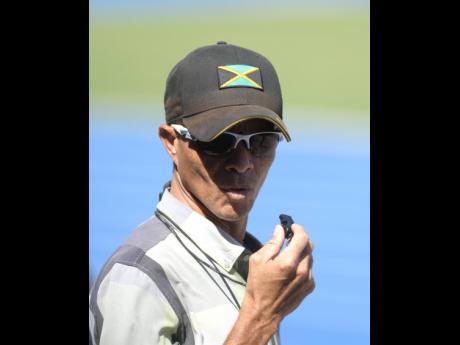 President of the High Velocity Cycling Club, Carlton Simmonds, said his club is considering challenging the amendments to the Jamaica Cycling Federation (JCF) constitution at an extraordinary general meeting (EGM) on Sunday.

Simmonds, a former national coach, argued that the Dr Wayne Palmer-led administration made the changes without proper consultation, and that such an important development requires the involvement of the entire fraternity to understand what the changes are and how they will affect them.

The veteran coach also thinks a constitutional lawyer should have been included to guide the process.

“Only a few people were involved in reviewing, vetoing and changing the document. You cannot be making changes to an existing document without making reference to the changes that you are going to make, and after doing so, did you call a meeting with the relevant persons to have a conversation?” Simmonds questioned.

“So you cannot be pushing a document without proper understanding of the document and without sharing it with the populace,” he added, while noting that many cyclists, clubs and affiliates were excluded from the process, as many did not register last year due to the ongoing inactivity caused by the coronavirus pandemic.

Simmonds also pointed to a few amendments, such as the new voting membership, athletes representation and the termination of membership, as changes he thinks needed more discussions.

However, Palmer refuted Simmonds’ claims, stating that all registered JCF members were included in the process, and were in fact represented on the constitution committee.

He said they held an EGM in December to review the document, before it was passed on Sunday, noting that all the representatives were present.

He further noted that the process was guided by Jamaica Olympic Association president, Christopher Samuda, a lawyer by profession, and that they have added an athlete representative to the executive.

“Having a cyclist on the executive does not make it executive-dominant. Executives cannot decide and they (cyclists) have no say,” Palmer said.

Simmonds, however, argued that he did not know of the December EGM and that his club representative had complained of a lack of information, despite Palmer’s rebuttal that the notice was posted on the federation’s website and that he even invited Simmonds himself.

“I personally invited Mr Simmonds to participate in the process of the constitutional review and there was a member of his club that was a part of the review committee,” Palmer stated.

Nevertheless, Simmonds contends that the way the process was carried out was unjust, and warned that his club will look at the possible avenues to challenge the document.

“It cannot be fair for the athletes. There needs to be (protest) because a lot of the athletes don’t know what is happening and they have long been disenfranchised with the governing body,” he said. “We (club) are looking at it because you cannot just turn up with something and force it on the population without consultation.

“I will consult with my club and see how we move forward because this is madness,” added Simmonds.

The new constitution also increases the term limit from two to four years.