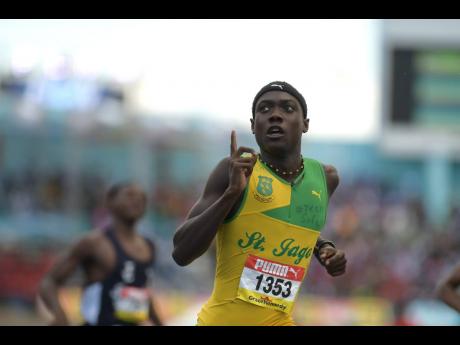 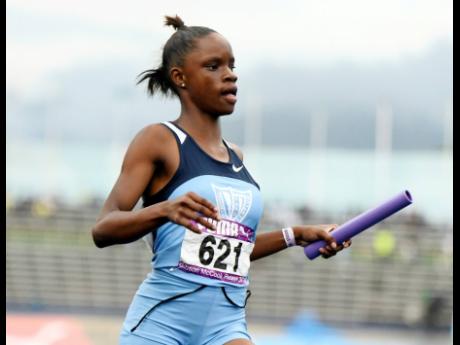 The country’s high-school athletes will return to the track today, as they begin to step up their preparations for the April 27 to March 1, ISSA/GraceKennedy Boys’ and Girls’ Athletics Championships at seven Jamaica Athletics Administrative Association (JAAA) qualification meets across the island.

With the COVID-19 pandemic putting a brake on all local track and field competition since last year March, with the exception of the Velocity Fest meets last summer and the Tyser Mills Classics in December, most of the athletes will be competing for the first time in over 11 months, with meets being held at St Elizabeth Technical High School (STETHS), Kirkvine, G.C. Foster College, Jamaica College, The University of the West Indies (UWI), Calabar and Excelsior High School.

Additionally, a seniors-only meet is being staged today inside the National Stadium, starting at 3 p.m.

With only three more weekly meets to be held before the various regional meets on March 15, expectations are high among the local high- school coaches, who will be looking to gauge their athletes’ competition form and get as many as possible qualified for Champs 2021.

With the strict protocols set out by the Government, which include no spectators being allowed at the various meets, things will look different for all involved.

There will also be a new scheduling format in place, as female athletes will first compete from 8:30 a.m. to 12 noon, which will be followed by a sanitisation exercise of the venue, which will be carried out between 12:15 p.m. and 1 p.m., with male athletes then taking the track from 1:30 p.m. to 5 p.m.

Former St Jago High school star sprinter and hurdler, Vashaun Vascianna, who was expected to have a big clash with Wayne Pinnock last year in his first year in Class One in the 110m hurdles, will make his debut for Kingston College in both the 100m and 110m hurdle events at G.C. Foster College.

Vascianna transferred to Kingston College’s sixth form last September, to team up with his former coach Rhansome Edwards, who guided him to success during his time at the Monk Street-based institution.

Meanwhile, girls champions Edwin Allen will be sending athletes to compete at G.C. Foster College and St Elizabeth Technical where twin sisters Tia and Tina Clayton will be competing in both the 100 and 200 metres in their second year in Class Two. Both were expected to take over the mantle from the outstanding Kevona Davis, who skipped her final year of eligibility in Class One to attend college overseas.