Premier League format to be decided this week 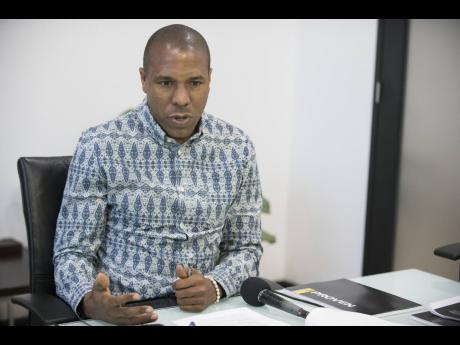 Chairman of Professional Football Jamaica Limited (PFJL) Christopher Williams says that a decision on the format for the pending Jamaica Premier League will be made shortly as organisers look to satisfy the Government’s requirements and secure approval for the season.

Sports Minister Olivia ‘Babsy’ Grange said recently that the proposal sent by the PFJL was returned for revision of the competition format, in light of the surge in local COVID-19 cases. The original structure consisted of a truncated season with 22 regular-season games plus the play-off rounds to determine the league champion.

Williams says that the board is expected to meet on Tuesday, after which they will outline details of their proposed adjustments to the competition.

“We are in constant dialogue with the Ministry of Sport and, once we get the position from them, we will have our board meeting (on Tuesday) and adjust the format of the competition to satisfy the comfort level of the Government,” Williams told The Sunday Gleaner.

Concacaf has mandated that all regional leagues should conclude by the end of June, ahead of the start of the 2021 Gold Cup tournament, which is slated for July.

PFJL board member Donovan White, confirmed recently that they have indicated to the Jamaica Football Federation (JFF) a possible need to apply for a dispensation to the regional football body, should the schedule extend beyond June.

JFF competitions chairman Gregory Daley said that, while his team has had discussions regarding the possible options, the time frame allotted would determine which direction they would lean towards.

However, he said that they are prepared to execute any required scenario for approval.

“We have several different formats. It could be a mini-league format, it could be an extended knock-out format, but it all depends on the timing and what exactly we have before us. Whatever is there, I am telling you that we are ready,” Daley said. “We are capable of putting something there to get a competition going.”

Additionally, Williams says that they have added Stadium East field and the Captain Horace Burrell Centre of Excellence as venue options for the league, should final approval be granted, but says that those venues were not added with a change of competition format in mind, but to provide cover in the event the two primary locations, Sabina Park and the National Stadium, are unavailable.

Local top-flight football has been absent since March 2020 when the league was suspended and eventually cancelled because of the pandemic.

The league has already experienced two delays because COVID-19 protocols could not be agreed to.

Training for clubs has been halted because of the Government’s requirement to resubmit respective approvals, but, according to Grange, Local Government Minister Desmond McKenzie says that approval to resume training is “not an issue”.