Make the most of Michail 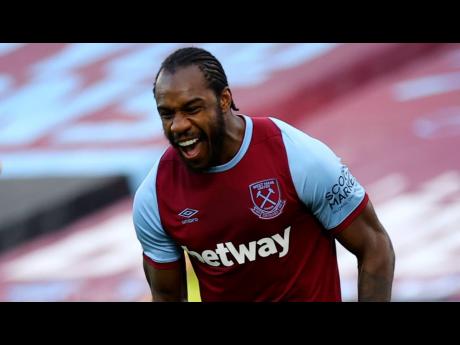 With West Ham’s Michail Antonio set to join the national team ranks, Harbour View manager Ludlow Bernard says that the Jamaica Football Federation must use the opportunity to take advantage of his presences both on and off the field.

The 30-year-old London-born Antonio recently committed his international future to the Reggae Boyz and JFF president Michael Ricketts said on Monday that he is in the process of acquiring his passport to make himself eligible for the team.

With two major assignments, the 2021 Gold Cup tournament and the final round of the regional qualifiers for the FIFA World Cup, Bernard says that Antonio’s presence must be used to benefit both the short and long-term future of the programme.

“He’s is an excellent player. I think that he is good for our programme. However, this player cannot come here and play and we don’t take full advantage of the presence of this player,” Bernard told The Gleaner. “What contacts does he have? What expertise is he probably willing to pass on? These are some of the things that we would have to explore if and when he comes here.”

Jamaica’s contingent of foreign-based players is set to increase as Reading defender Liam Moore has secured his Jamaican passport and is eligible to play for the national team in the next international window, which happens to be against the United States on March 25 in Austria.

Ricketts said in a meeting, that Antonio has expressed his commitment to the cause, as the Reggae Boyz seek to qualify for the World Cup for the first time in over two decades.

However, Bernard continues to advocate for the improvement of the local programme to ensure more homegrown talent has the chance to develop and succeed in order to not solely depend on foreign-born players.

“Hopefully, whatever it is that Michail brings to the table is for Jamaica and Jamaica’s benefit, but if he happens to play here, we should take full advantage of his presence here,” Bernard said. “I don’t think that we have been able to do that over the years with foreign players that have come here, so that must be a direction in which we need to go.”

Ricketts did not give a set timeline as to the completion of Antonio’s paperwork, but said that they are hoping to secure his passport as soon as possible.

Should the paperwork not be completed in time for their upcoming friendly against the United States, Antonio’s next available windows would be the Gold Cup, which starts in July and the World Cup final round qualifiers, which begin in September.