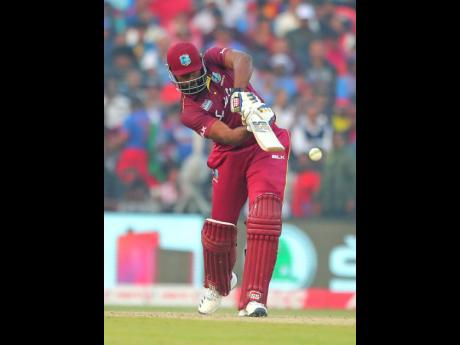 The Coolidge Cricket Ground is set to come alight this afternoon when the West Indies and Sri Lanka square off in the series decider in the third and final T20 International in Antigua starting at 5 p.m. Jamaica time. The visitors on Friday came...

The Coolidge Cricket Ground is set to come alight this afternoon when the West Indies and Sri Lanka square off in the series decider in the third and final T20 International in Antigua starting at 5 p.m. Jamaica time.

The visitors on Friday came back roaring and claimed an impressive 43-run win in game two, to level the series at one-all.

As was predicted, it was the Sri Lankan spinners that did the damage, claiming eight of the 10 wickets to fall, as the West Indies faltered for 117, chasing a gettable total of 161.

Wanindu Hasaranga continued to impress as he picked up three wickets for 17 runs, while there was additional spin support in the form of Lakshan Sandakan, who bagged three for 10.

The West Indies never recovered from a position of 65 for five at the halfway mark, and the score could have been even worse were it not for a brisk 23 from seven balls from tail-ender Obed McCoy, who smashed two fours and two sixes in the innings’ top score.

Lendl Simmons made 21, while captain Kieron Pollard, who hit six sixes in the opening contest, managed only 13 this time around.

The home side will be mulling over the form of Chris Gayle and Nicholas Pooran, who managed scores of 16 and eight, respectively, batting in the crucial number three and four positions. Jamaican Rovman Powell and Andre Fletcher could be called upon if head coach Phil Simmons feels the batting unit needs a bit of tweaking.

For Pollard, the team did not adapt quickly to the situation of the game, and that scenario cannot manifest itself in today’s contest.

“I just thought that we didn’t assess the situation pretty quickly and we had a couple of dismissals, so at the end of the day, these things happen in cricket and we will have to see what will happen because we are still in the series,” said Pollard.

The contest was always pitted as the Sri Lankan spinners vs the West Indies power hitters, and Pollard admitted that his team lost that battle.

“The Sri Lankan spinners won that battle and there is no secret about it. They got away with a couple of balls that were in the slot and we just didn’t execute properly when you look at it. To be honest, the guys know what they have to do, and we are going to come back with the same positive intent on Sunday (today), “added Pollard.

The regional skipper was pleased with the outing of his bowling unit, with Dwayne Bravo showing his experience in picking up two wickets after the Sri Lankans got off to a canter following an opening stand worth 95 runs.

For Pollard, the same intensity will be required in the field; however, the batting unit will have to dig deep if they are to combat the spin threat from the Sri Lankans, who are getting more and more accustomed to the conditions at Coolidge.

“Sometimes we get too much into different things but we are going to try and keep it as simple as possible and continue to play the cricket with a smile on our faces.”