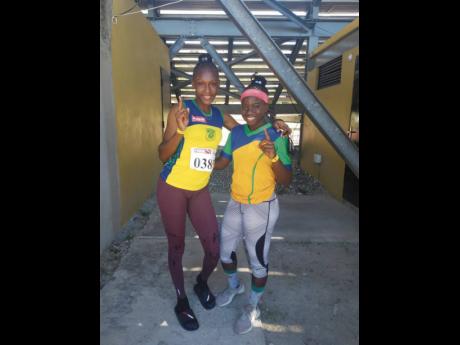 Despite the presence of ISSA/GraceKennedy Girls champions Edwin Allen High School, it was the Rusea’s High School duo of Lavanya Williams and Aalliyah Francis, who stole the spotlight at yesterday’s Jamaica Athletics Administrative Association Qualification Trial inside the National Stadium, after posting impressive times in the 200 metres.

Francis, a quarter-mile specialist, clocked the only sub-24 seconds time on the day, stopping the clock at 23.84 seconds, to win the Class One event ahead of Shana-Kay Anderson (Bustamante High) 25.08, and Atena Rayson (Vere) 25.36.

Francis, who shared that her focus for the season was the World Juniors and booking a spot on the senior team, told The Sunday Gleaner that she was not surprised with her impressive performance.

“I am not surprised with the win and fast time, as I have trained very hard and I am using the 200m as speed work for the 400m,” said Williams.

Head coach of Rusea’s, Roderick Myles, was extremely pleased with the efforts of both of his charges.

“I am a bit surprised as both girls have been impressive all season and a lot was expected of them last year, but COVID-19 aborted this,” he Myles said.

NO MONEY IN KITTY

“The focus on both girls is to make the national teams as we are not certain the school is competing at Champs as the principal has stated that there is no money in the kitty and the only reason why the team is in training is because of the help being given by the Chairman of the school board,” added Myles who also called on the past students of the school for financial support.

Meanwhile, Edwin Allen captured the other 200 metres events on the day through Arjel Robinson, who won the Class Four contest in 26.16 seconds and the outstanding Tina Clayton, who took Class Two in 24.37 seconds.