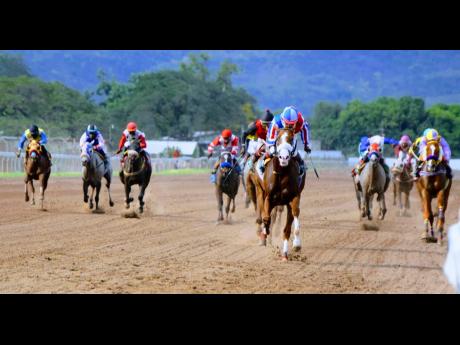 Whenever either of the trainers’ associations, the most vocal now being the Ryan Darby-led United Racehorse Trainers Association of Jamaica (URTAJ), goes off on a tangent in an interview about all that’s wrong at Caymanas Park, one can’t help but wonder whether he’s really listening to himself.

Approximately six years ago, in a column, ‘Divestment running on a wet track’, much to the chagrin of one of the then suitors for soon-to-be-offloaded Caymanas Park, yours truly pointed out the financial quagmire of government-owned promoting company, Caymanas Track Limited (CTL), stressing that privatisation would have also faced an uphill task.

Alas, every Jack and Jill had their own ideas about the bankruptcy of CTL and, ironically, all promoting companies prior, private and government, conspiracy theories ranging from “a thief dem a thief di money”, “too top-heavy” to blaming “di thieving bookmakers”, among other rather uncomplimentary remarks about individuals, which would put an abrupt end to the revival of ‘Jimmie Says’ if repeated publicly.

Nobody cared to look at the numbers, which painstakingly put in perspective the state of local racing. Everybody who hit out against the column chose to do so from the exact position, self-interest, that which they now expect Supreme Ventures Racing and Entertainment Limited (SVREL) to shower the racing plant with cash and increased purses by, as one person is said to have suggested, all of 90 per cent.

CTL’s financial results showed a $35.1-million decline in local-racing sales for 2014-2015, a gross loss of $426,000 per racemeet. It was this storm that SVREL set sail into a mere four years ago, counting the 2020 COVID-19 annum, on which not even the World Bank dare hinge recovery prospects, forecasting global economic progress to be ‘slow and subdued’.

Therefore, when Darby speaks to “expenditure being at an all-time high, purses an all-time low” and lamenting reduced output from the well at the racetrack, does he recall a time, not too long ago, when it took up to a month for purses to be paid and not even the pump at the said well was operational under CTL?

The grandiose expectations of SVREL continuing on the path, which saw $607.7 million evaporate within its first 22 months at Caymanas Park, are no different from those that led to government, over two decades prior to privatisation, pumping US$40 million of taxpayers’ money into CTL’s operations, starting soon after the novelty of the new totalisator system had worn off.

For any private entity to even consider going down that road, unchecked, it would be a sure recipe for ‘mad-puss piss’. Therefore, Darby and company should, first, be eternally grateful that as then minister of finance, Audley Shaw, had said at the 2016 introduction of Paul Hoo as chairman of successful bidder, SVREL, that someone was “brave enough to take on Caymanas Park”.

Second, Darby needs to incisively ponder a point he stumbled over about trainers being owners. He almost bit off his tongue in amending “trainers being 90 per cent of the owners” to “a large percentage”, lamenting that those who aren’t trainers will leave the sport if purses aren’t increased.

In case Darby hasn’t realised, trainers, as he started putting it, make up 90 per cent of owners because real owners, those who could afford the sport, started their exodus from local racing long ago, leaving trainers, whose licences qualify them as owners, while exempting them from satisfying the Jamaica Racing Commission that they can maintain horses.

The majority of real owners, and generations thereafter, remain turned off by a racing system introduced in 1993 that forced them to either put their horses of lesser ability (the majority) up for sale in claiming events, or suffer for three years until ‘conditions’ allowed their charges to possibly win races as five-year-old maidens.

What Darby desires is that SVREL should hurry and pump money into purses of unprofitable races to keep what remains of owners, who can afford horses, so trainers can earn and continue being owners themselves.

What was missing from the entire interview was the effect a purse increase at this time would have on the viability of the promoting company, without which, he wouldn’t have had a barn to be sitting in and making demands.