Ready or not, Brathwaite takes charge 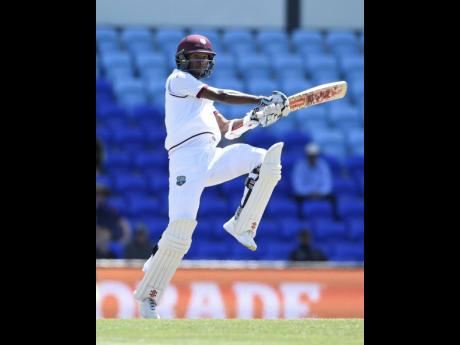 Barbadian journalist Anmar Goodridge Boyce says that while the replacement of Bajan all-rounder Jason Holder as West Indies Test captain did not come as a surprise, he feels that one Test series was not enough to determine that his replacement and countryman, Kraigg Brathwaite, is ready to assume the role on a permanent basis.

The announcement was made Thursday evening before the second One-Day International against Sri Lanka in Antigua and ahead of the first Test, which starts on March 21. Brathwaite only served as captain once, during the West Indies’ tour of Bangladesh earlier this year.

Boyce, who writes for Nation News, says that Brathwaite’s performance during the Bangladeshi series warranted consideration, but thinks that one Test series was not enough to give him the role full-time.

“I don’t agree with appointing Kraigg solely based on his exploits in Bangladesh because if we are being honest, Bangladesh is not high on the ICC rankings and had not played cricket for an entire year,” Boyce told The Gleaner. “[But] Kraigg winning the series in Bangladesh with a group of inexperienced players made him the perfect option. The board wants results and Jason wasn’t getting them, and it’s their responsibility to make a change when they see fit.”

Holder led the side to 11 wins in the 37 matches during his tenure but opted not to travel for the Bangladesh tour, citing COVID-19 concerns. Brathwaite was appointed captain of that series, leading a team that consisted of a number of debutants and missing several key players to a 2-0 series win.

Boyce said that despite the circumstances surrounding the change, replacing Holder as skipper was inevitable.

“It’s definitely not a surprising move by Cricket West Indies (CWI) given all that has been going off and on the field. It’s a move I saw coming for a long time, and I guess the problem was the CWI selectors had no alternative,” Boyce said.

Former national cricketer Nehemiah Perry also feels that one Test was not enough to show whether or not Brathwaite is ready for the role. He, however, share that he was impressed with Brathwaite’s team management during the Bangladesh series and believes he has the character to lead the team forward.

“I think he needed a little bit more time to see what he has to offer, but obviously, I think the mindset from the selectors is that they would have probably been looking in that direction to relieve Holder of the workload of the captaincy,” Perry said.

“Brathwaite got a good result (in Bangladesh) but it is the whole mannerism of how he handles the players on the field. I thought he was very good. He looked calm under pressure and those are some of the characteristics of good leaders; when there is pressure, they can deliver,” added Perry.

The Test squad to face Sri Lanka in the two-game series sees the retention of Nkrumah Bonner, Kyle Mayers, and Joshua Da Silva, who all made their debuts in Bangladesh.