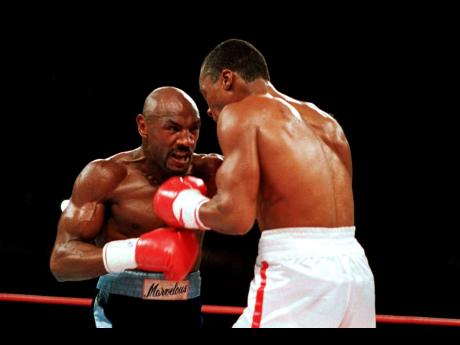 File
In this file photo from April 1987, ‘Marvelous’ Marvin Hagler (left) moves in on ‘Sugar’ Ray Leonard during the third round of a boxing bout in Las Vegas. Leonard won with a split decision. 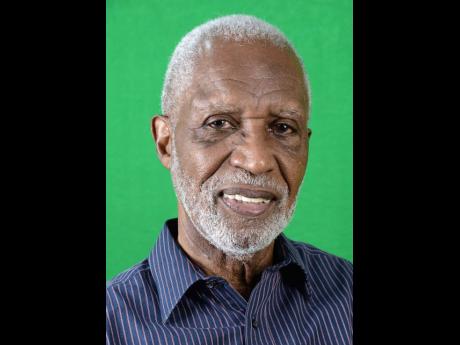 Jamaica Boxing Board General Secretary Leroy Brown says ‘Marvelous’ Marvin Hagler was one of the biggest boxing inspirations among local boxers throughout the 1980s. Hagler, who was the World Middleweight Boxing champion from 1980 to 1987, passed...

Jamaica Boxing Board General Secretary Leroy Brown says ‘Marvelous’ Marvin Hagler was one of the biggest boxing inspirations among local boxers throughout the 1980s.

Hagler, who was the World Middleweight Boxing champion from 1980 to 1987, passed away on Saturday at the age of 66.

The former champion had a record of 62 wins and three losses from 67 fights. He successfully defended his title 12 times.

His trademark bald head and signature move of tucking his chin to his chest while bobbing his head left and right, while he closed in on opponents was also a common practice with local fighters.

“He was very popular in the local boxing fraternity,” Brown told The Gleaner. “His style and aggressive approach was common, so definitely he had a big influence locally.”

Hagler visited the island on a few occasions and Brown recalls one vividly when he visited local gyms and donated equipment.

However, Brown admitted that he too was a great admirer of the man for more reasons than one.

“He was one of the boxers I idolised because he was a clean fighter, even though he was a good body puncher,” Brown said.

Hagler’s style was so prevalent back then that one local fighter, Ian Smith, was nicknamed ‘Hagler’ because of his similar style.

“His pseudonym was Ian ‘Hagler’ Smith, and that was because of how he fought by putting his chin to his chest and bobbing away,” Brown shared.

“He didn’t pick the name, he was the one that stood out and hence people started to call him Hagler.”