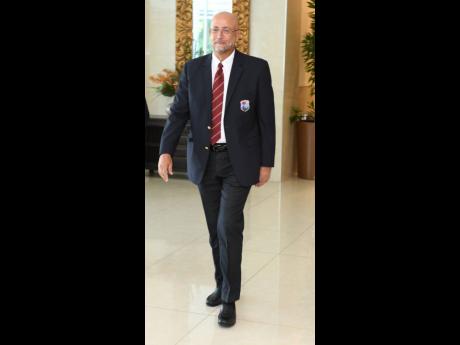 Skerritt along with his Vice President Dr Kishore Shallow will be challenged by presidential candidate Anand Sanasie, secretary of the Guyana Cricket Board and vice president aspirant Calvin Hope, who also serves as vice-president of the Barbados Cricket Board.

In the last election, which was held two years ago at the Jamaica Pegasus hotel in Kingston, the JCA executives voted against fellow Jamaican and then incumbent, Dave Cameron, throwing their support behind the Skerritt - Shallow team, which eventually won the election 8-4.

Bennett told The Sunday Gleaner that the JCA will again be giving their votes to Skerritt and Shallow, citing their view that the administration needs more time to execute its plans for the game in the region.

"We have decided to support the incumbent for [several] reasons because I think that first consideration was that the term of the president lasts for two years, which in itself was a short time to achieve anything and in addition to that, a year of it was basically consumed by COVID-19," said Bennett.

"I think it would have been very unfair to expect him to achieve all of what he had promised because of the pandemic and restrictions that it had on performance," he said.

Bennett underscored that the JCA directors were impressed with the presentation of Skerritt's team, given challenges that his administration had to endure because of the COVID-19 pandemic.

"It was a pretty unanimous decision because I can't remember anybody who had any concerns about this decision that we made about supporting Skeritt," Dr Bennett said.

"When he made his presentation to the board, we were surprised as to what he had achieved, it was a lot more than what we had expected taking into consideration the amount of time he had and restrictions that had impeded a lot of stuff that he wanted to do and so based on that, we thought that he deserved another term in office," Bennett said.

Skerritt and Shallow have received nominations from the same two territorial boards that first advocated for their candidacies in 2019, the Leeward Islands Cricket Board (LICB) and Trinidad & Tobago Cricket Board.

They are also said to have received formal support from the Windward Islands Cricket Board.