Simmons: Saving a Test just as important as winning one 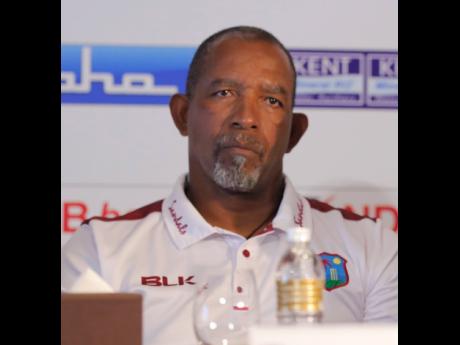 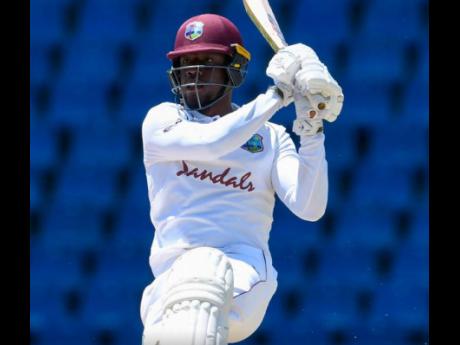 Head coach Phil Simmons believes the sterling final day effort to save the opening Test against Sri Lanka was just as valuable as a victory, as it highlighted the growing maturity in the West Indies batting ranks.

Set 375 for victory at the Vivian Richards Cricket Stadium, West Indies safely navigated the final hour of the penultimate day to end on 34 for one, before batting the entire final day on Thursday to reach 236 for four.

“That is huge. That keeps getting better and better. For us to be batting over 100 (overs) is one of the things we said [we wanted to do],” Simmons explained.

“We’re looking at [batting] 125 overs each innings – first innings especially. We didn’t manage that in the first innings [in this Test]; there were a few soft dismissals.

He continued: “It is just as important to save a Test match as it is to win a Test match and it gives me more joy knowing we have saved a Test match batting over a hundred overs than if we had won the Test match.

“Because now we’re maturing, we’re understanding what the situation brings and what we have to do in the situation.

“So our attitude has changed, we want to bat that hundred overs, we want to stay at the crease, we want to spend time – patience is important so we’re getting there.”

The effort was underpinned by Nkrumah Bonner’s unbeaten 113, the right-hander resuming the day on 15 and producing a masterclass of concentration to carve out his maiden Test century.

Last month in Bangladesh, West Indies batted 96 overs in the first innings of the opening Test before batting another 127 in the second innings, as they chased down a record 395 to win on the final day.

And in the second Test at Chattogram, the Caribbean side occupied the crease for 142 overs in the first innings as they piled up 409, before going on to win by 17 runs on the fourth day.

The most overs West Indies batted in four innings on the tour of New Zealand last December were 79 in the second innings at Wellington.

“For us as a coaching staff, this [draw] is even bigger for us than the wins in Bangladesh, from the point of view that it’s been a long time we’ve been able to bat a day without fighting for a result,” Simmons pointed out.

“In Bangladesh we chased and we knew what we were going at. Here, we had to bat and bat properly. It’s great to see how Bonner batted again. He deserved a hundred two Test matches ago but he got it (on Thursday).

“Just the way the guys put their heads down and batted is pleasing to us in the fact that we couldn’t win. At lunch time we decided we couldn’t win and we needed to bat so that was great to see.”

Bonner was also a key figure on the tour of Bangladesh, averaging nearly 58 with two high class half-centuries to be adjudged Man-of-the-Series.

And having made his debut in the Dhaka first Test at age 32, Simmons said the Jamaican had shown the only thing critical at the highest level was performance.

“The thing that we need to take from it is that age doesn’t matter right now,” stressed Simmons.

“Test cricket is about how you settle in, how you perform using your strengths and he had started to trust his defence in Bangladesh because the two [50s] in Bangladesh had a lot of what we saw [in his hundred], and [on Thursday] he just carried on and got to where he wanted to get.

“It says a lot about players’ development. Sometimes players learn late. You can learn something about late developers and he can be one of them.”