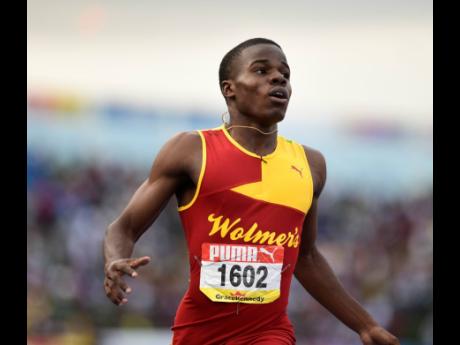 Xavier Nairne, Damion Thomas, and Kemba Nelson had wins in their respective events in their first outdoor collegiate meets of the season on Saturday.

The University of Oregon had a win and a third-place finish at 42nd Aztec Invitational Meet at San Diego State University.

Kemba Nelson, the surprise winner of the women’s 60m event at the NCAA National Indoor Championships two weeks ago, maintained her form on the collegiate circuit with a win in the women’s 200m. Aided by a positive wind of 2.5m per second, she stopped the clock at 22.79s.

Fresh off his NCAA indoor 60m hurdles success, Thomas started his outdoor campaign on a successful note at the Clyde Littlefield Texas Relays at the University of Texas, Austin campus.

Thomas, the 2018 World Athletics Under-20 110m hurdles gold medallist, competing for Louisiana State University (LSU), romped to victory in the men’s collegiate event in a meet record of 13.22s.

Sean Bailey and Lamara Distin had top-three finishes on the day. Bailey, the former St Jago High School quarter-miler, now competing for the University of Texas El Paso, was second in the men’s collegiate 400m in 45.56s, as LSU’s Jonathon Sawyer won the event in 45.35s. Competing at home, Distin, the former Rusea’s, Vere Technical and Hydel High jumper, grabbed third in the women’s high jump with a clearance of 1.88m.

Following her disappointment at the NCAA Indoors where she did not make the final of the 60m and 200m, former Edwin Allen High standout Kevona Davis made a reasonable start to her outdoor season. Competing at home in a strong field in the Women’s Invitational 200m, she clocked 22.93s for a fourth-place finish as American Gabrielle Thomas, competing for New Balance, won in a meet record and world leading 22.17s.