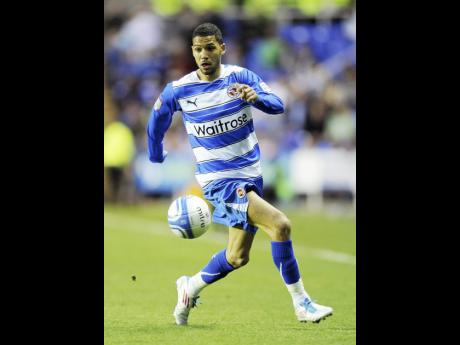 Former national player turned manager Jobi McAnuff says the recognition of his role as interim manager of English League Two side, Leyton Orient has given him more motivation to succeed as a member of the small complement of black coaches in England.

McAnuff discussed his appointment to the role on an interim basis, his transition with the team as well as issues regarding racial injustice and football's responsibility in creating pathways for black coaches to attain more prominent roles in the sport.

The 39-year-old was named interim manager of the team in late February following the departure of Ross Embleton after seven consecutive games without a win and the team lingering in 14th place, eight points adrift of the playoff places. Currently, Leyton Orient are on a three-match winning streak and are back in contention for the playoff places.

"I think the biggest thing for me (is that) I've been overwhelmed with messages of support from the whole football community in general but particularly black coaches and black players have really reached out and given me words of encouragement, words of advice, words of support and again I think that makes you feel that much more," McAnuff said. "There is an importance to the role, obviously (it's my) first opportunity at management but I'm very aware of the disappointingly low number of black managers and coaches in England in particular where black players have made such a positive contribution to football in this country."

McAnuff originally signed an extension to his contract last July in a player-coach capacity and has credited the club's leadership for taking the chance on him as well as not being afraid to give others regardless of race, an opportunity to progress.

"They never had an issue with promoting people from within regardless of colour. They feel that if you are worthy of doing a job, your colour doesn't come into it and they have proven it with this appointment so far," McAnuff said. "I'm really in a privileged position in the sense of being afforded this opportunity and I am certainly going to make the best of it."

Although currently monitoring games from the touchline, McAnuff has not ruled out lending his talents on the field once more as Leyton Orient enter the final stretch of the season.

"I'm still very much available. I don't want the management side of things to get watered down and diluted too much, but at the same time if there are times that on the pitch that I'm needed, and I feel I can contribute to help us win; because ultimately whether I am a manager or a player of Leyton Orient, I want to win football matches and it's just working out the best way to do that."