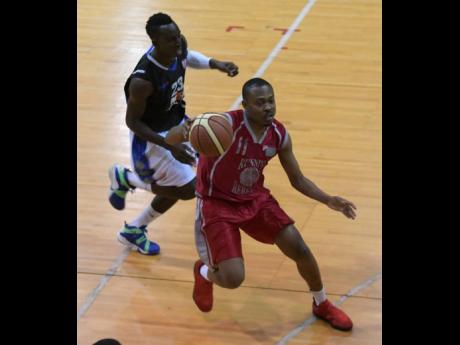 Urban Knights manager Gordon Porter says basketball has suffered more than most sports during the COVID-19 pandemic as it is not only seeing a decline in the technical abilities of players, but also in the participation of individuals and clubs....

Urban Knights manager Gordon Porter says basketball has suffered more than most sports during the COVID-19 pandemic as it is not only seeing a decline in the technical abilities of players, but also in the participation of individuals and clubs.

Porter says the absence of the national competition, the National Basketball League (NBL), has resulted in a whole generation of players ageing without a younger generation to replace them.

He says that the country’s developmental gap has widened and that it might take years to recover if something is not done.

“The decline has occurred because you are not having regular competitions taking place. In the Southern Conference about six years ago, you had about 30 clubs involved, but over the last several years, there has been a steady decline. The last time I checked, we barely had 18. So full participation is dropping.”

He said the phenomenon is the same at all levels, including the business house tournament.

“The level of participation is dropping and dropping rapidly, and if you find talent declining, you are also going to find, over time, a deterioration in the quality teams.

“Ten years ago, we had 15-20 teams that were ultra-competitive, but now, there are only a few, so all the indicators are there telling us that the quality of technical competence is also, in fact, dropping.”

To bridge the gap, Porter suggests that the Jamaica Basketball Association (JABA) build stronger ties with ISSA to promote and develop the sport.

He also called on the association to mandate clubs to establish youth programmes within their ranks.

“For whatever reason, high school basketball has not attracted a sponsor for several years,” Porter said. “So there needs to be greater attention to schools basketball.

“Then go to the clubs and ensure they put in a youth programme so they create an avenue for youth to get involved in their programmes.

“But there must be some effort that is properly planned to get the youngsters playing right across the board.”

JABA President Paulton Gordon said the school system is the main provider of youth development and that the pandemic has delayed some plans they were looking to execute within the schools.

However, he said it would be difficult to establish a youth system in the clubs as most lack proper finance and structure.

“Most of the development takes place in the school system,” he said. “So the under-14 and under-16 [programmes] at the schools is really the base, but COVID has hampered that situation.

“A lot of clubs find it difficult to sponsor their senior team, so it’s going to be very difficult to do that at this point.

“The clubs are not properly structured, and they have to be more structured and organised for that to happen.”