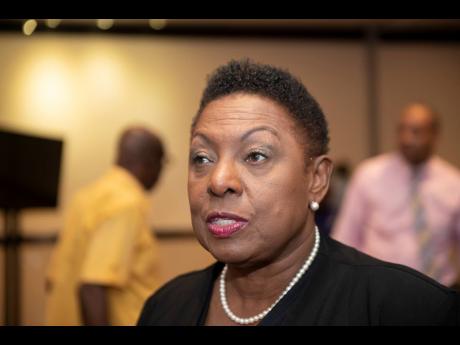 The Minister of Culture, Gender, Entertainment and Sport, the Honourable Olivia Grange, has announced the resumption of the Athletes Assistance Programme, which will provide more than J$45 million in direct financial support to Jamaican athletes who are preparing for the Tokyo Olympic and Paralympic Games.

“The Ministry in collaboration with the Institute of Sports [is] providing financial support for those who are preparing for the Olympics. Approximately 124 athletes will benefit from the initiative. They will be provided with funds at two week periods from now through to the Olympics. It will total approximately 45 million dollars in support," said Grange.

Athletes from six disciplines, including swimming, rugby, gymnastics, boxing, karate and track and field will begin receiving disbursements in a matter of days as the final list of athletes is now being validated by the Athletes Assistance Programme Committee.

Payment of stipends to Paralympic athletes will begin in three weeks in-keeping with the commitment of the Government of Jamaica to provide support for 18 weeks leading up to the Paralympic Games.

The Athletes Assistance Programme was implemented for the first time in March 2020. It was suspended following the decision by the International Olympic Committee and the Japanese government to postpone the Games.