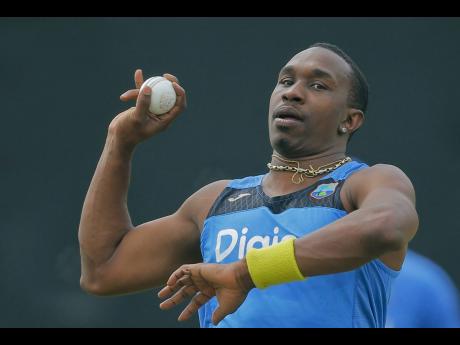 Not even a miserly spell from veteran West Indies all-rounder, Dwayne Bravo, could save Chennai Super Kings from a seven-wicket defeat to Shimron Hetmyer’s Delhi Capitals in the second game of the Indian Premier League here yesterday.

Asked to chase 189 for victory at the Wankhede Stadium, Delhi got home with eight balls to spare, with Shikhar Dhawan top-scoring with 85 and opening partner Prithvi Shaw hitting 72.

Medium pacer Bravo sent down his four mandatory overs on the trot at the back end of the innings, conceding 28 runs and accounting for Shaw in the 14th over, with Delhi well on their way to a comfortable victory.

Shaw, who struck nine fours and three sixes in a 38-ball blitz, eventually holed out to deep cover in Bravo’s second over, which cost just three runs.

His dismissal ended an entertaining 138-run, first wicket stand with left-hander Dhawan, who belted 10 fours and three sixes off 54 deliveries.

When Australian Marcus Stoinis (14) picked out deep mid-wicket in the 19th over with three runs required for victory, Hetmyer arrived at the crease, but never got the chance to face a ball, as captain Rishabh Pant, 15 not out, got the winning runs from the next delivery, after crossing with the ball in the air.

Earlier, Suresh Raina top-scored with 54 off 36 balls in a 53-run, third wicket stand with Moeen Ali (36), while Sam Curran blasted a 15-ball 34 in a 51-run, seventh wicket partnership with Ravindra Jadeja, who unbeaten 26 came from 17 deliveries.