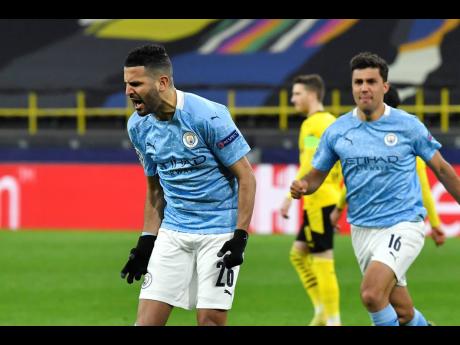 Real Madrid secured their return to the Champions League semi-finals after a two-season absence, by holding Liverpool to a 0-0 draw yesterday, protecting a 3-1 advantage from the first leg.

Liverpool created chance after chance, but Mohamed Salah, Roberto Firmino and Sadio Mane could find no way past goalkeeper Thibaut Courtois and a makeshift defence, that stifled a front three that has endured a season of frustration.

A scene of many memorable European comebacks, Anfield lacked the fans, who have so often inspired Liverpool in similar situations.

The only way Liverpool supporters could make their presence felt was outside the stadium with a red haze of flares greeting the teams before the game – and one of the Madrid buses being hit by an object that smashed a window.

But while the record 13-time European champions can look forward to a semi-final against Chelsea, Liverpool’s last route to a trophy this season has now been shut off.

It’s quite a comedown for Jürgen Klopp’s side, which won the Champions League in 2019 – after losing the 2018 final to Madrid – and ended a 30-year English championship drought by winning the Premier League by an 18-point margin in 2020.

Now Liverpool are struggling to even make the Champions League places, sitting three points outside the top four with seven games to go.

While Liverpool’s season has imploded, reaching the European semi-finals is the latest sign of the recovery overseen by Zinedine Zidane at Madrid.

Trailing Atletico Madrid by 10 points in January, Zidane’s team is now just a single point behind and the title defense is back on. And the season could yet end with a fourth Champions League title since 2016.

In the other quarter-final, Pep Guardiola shared an emotional moment with goalscorer Phil Foden, as Manchester City ended their run of failure in the Champions League quarter-finals, beating Borussia Dortmund 2-1 for a 4-2 aggregate win.

Jude Bellingham scored to put Dortmund on course for an upset win before City hit back through a penalty by Riyad Mahrez and Foden’s goal.

Guardiola reached the semi-finals with City at the fifth attempt, matching the club’s best ever result under his predecessor Manuel Pellegrini in 2016.

“We are incredibly happy today to reach the semi-finals,” Guardiola told broadcaster Sky. “The guys deserve it because what they have done in this season is incredible.”

Guardiola added that City would celebrate with “a lot of wine tonight” before preparing to face Chelsea in the FA Cup semi-finals on Saturday.

Bellingham, Dortmund’s 17-year-old English midfielder, put the German club ahead when he scored in the 15th minute, after City defender Ruben Dias blocked Mahmoud Dahoud’s shot. That leveled the aggregate score 2-2, with Dortmund ahead on away goals.

Bellingham became the second-youngest player to score in a Champions League knockout game at 17 years, 289 days. Bojan Krkic was 72 days younger when he scored for Barcelona against Schalke in 2008.