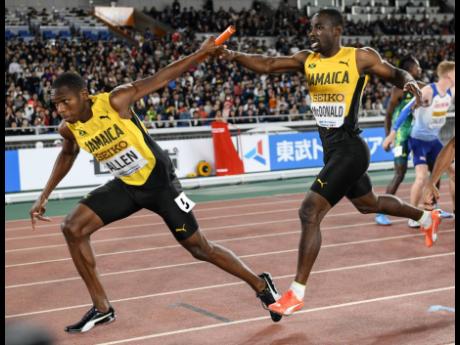 File
Jamaica’s Nathon Allen (left) receives the baton from Rusheen McDonald in the men’s 4x400m relay at the World Athletics Relay Championships in Yokohama, Japan on Sunday, May 5, 2019. 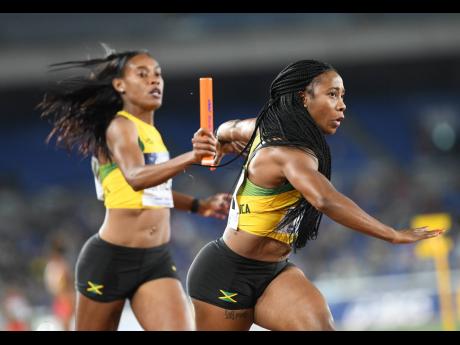 File
Jamaica’s Stephenie Ann McPherson (left) hands off the baton to Shelly-Ann Fraser-Pryce in the women’s 4x200m relay at the World Athletics Relay Championships in Yokohama, Japan on Sunday, May 5, 2019. 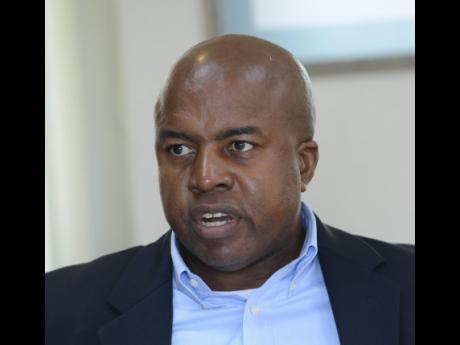 Track and Field analyst Hubert Lawrence says that Jamaica’s selected men’s 4x100m relay team for the World Athletics Relay Championships is poised to secure qualification for the Olympic Games this summer. The World Relays will take place in...

The World Relays will take place in Silesian Park in Chorzów, Poland on the weekend of May 1 and 2. Jamaica’s team will be led by former 4x100m relay World Champions Asafa Powell and Nesta Carter. The Jamaicans will be among a number of nations who will be using the Championships to gain qualification for the Tokyo Games.

“This is a strange season where athletes all over the globe are having varying degrees of difficulty because of how they manage COVID-19 related lockdown in their home countries,” Lawrence said.

“Jamaica has had its fair share of interruptions too. However, the men’s 4x100m group contains lots of experience and should be able to get across the line.

Lawrence said that he is expecting an outstanding performance from this team.

“For the same reason, with some big teams still to name their squads, it’s hard to tell what level of competition will be seen at the meet,” he said. “In all of that, the women’s 4x400m team looks very good on paper.

“Poland has not selected European champion Justyna Święty-Ersetic, who took the silver away from Jamaica in Doha, so it could be Jamaica versus the USA in Silesia.”

Jamaica’s best result at the tournament came in the first staging in 2014, when the team returned with five medals, which consisted of two gold, two silver, and one bronze while finishing at the top of the points standing.