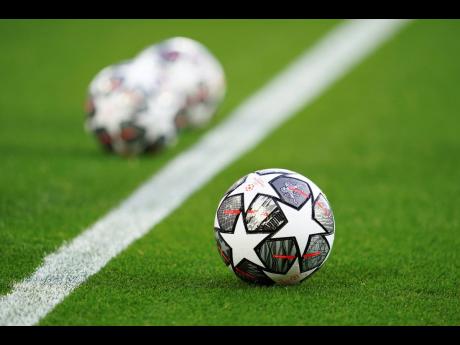 A group of elite clubs split European football on Sunday with plans to walk away from the Champions League to create a breakaway competition, drawing an angry response and the threat of legal action from UEFA.

The moves to walk away from the existing structures in an apparent grab for more money and power includes Real Madrid, Barcelona, the American owners of Liverpool and Manchester United, Juventus, and AC Milan. No German or French clubs have signed up.

The Super League plans, which were first leaked in January, have escalated into a greater threat to implement them on the eve of UEFA's planned announcement of a new format for the Champions League. While the long-standing existing competition that grew from the European Cup would increase to 36 teams and add more games as desired by the wealthiest clubs, they remained frustrated that UEFA would not grant more control of the sale of television and commercial rights.

Still, the European Club Association's (ECA) board, which is led by Juventus chairman Andrea Agnelli, and the UEFA clubs' competitions committee had signed up on Friday to expanding the Champions League from 2024 ahead of ratification by the UEFA executive committee on Monday.

Now UEFA has announced it has "learned that a few English, Spanish and Italian clubs may be planning to announce their creation of a closed, so-called Super League." The plan was called a "cynical project, a project that is founded on the self-interest of a few clubs" in a statement from UEFA jointly with the leagues and national governing bodies from England, Spain and Italy.

"We will consider all measures available to us, at all levels, both judicial and sporting in order to prevent this happening. Football is based on open competitions and sporting merit; it cannot be any other way," the statement said. "As previously announced by FIFA and the six Federations, the clubs concerned will be banned from playing in any other competition at domestic, European or world level, and their players could be denied the opportunity to represent their national teams."

While FIFA issued a statement in January warning players in a Super League could be banned from the World Cup, the world governing body has not denied that its president, Gianni Infantino, has been involved in the breakaway talks with officials, including Real Madrid president Florentino Perez.

Despite Agnelli's role with the ECA and at the heart of UEFA with a position on its executive committee, Juventus is said to be one of the teams involved in the Super League along with AC Milan. Both Juventus and Milan declined to comment.

Manchester clubs City and United, Liverpool, Arsenal, Chelsea and Tottenham are also part of the Super League, which the Premier League said would "undermine the appeal of the whole game" of football.