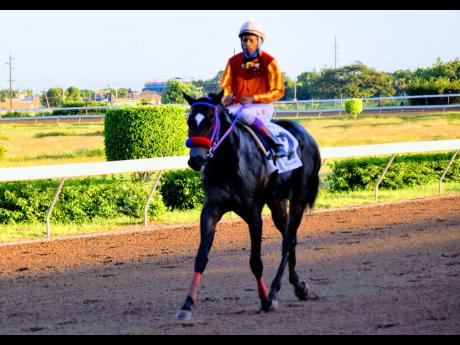 Reporting down in class among overnight allowance runners on a get-out-of-jail card, being a disqualified open-allowance winner on November 28, SIR ALTON, the joint 4-5 favourite, used his class to prompt the pace before pulling away inside the final furlong with Anthony Thomas.

United States-bred SIR ALTON, trained by Jason DaCosta, who has been churning out winners from his recently deceased father’s top barn, clocked 58.2 for his fifth win from 13 starts, beating 19-1 outsider, ROJORN DI PILOT, by four and a quarter lengths.

Fellow importee and joint favourite, SPARKLE DIAMOND, was up to his usual nasty habit at the start, breaking slowly, much to his detriment, before closing into a well-beaten third.

Racing continues with back-to-back meets, Friday-Saturday, rescheduled from Saturday-Sunday, due to COVID-19 curfews.