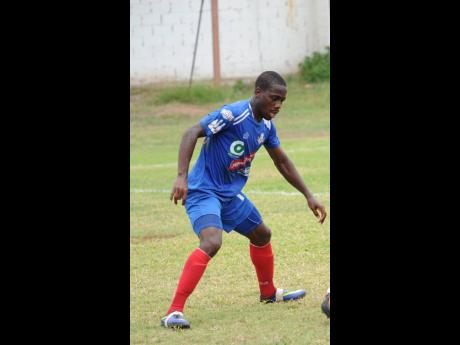 News of the sudden passing of local footballer Tremaine Stewart sent shockwaves across the local football fraternity on the weekend, and has led to calls from at least one sports medicine expert for stronger screening of sporting representatives for underlying issues.

Among those left stunned by the death of the player, who collapsed while playing football in his community in Gordon Pen, Spanish Town, on Sunday, is Dean of the Faculty of Sport at The University of the West Indies, Dr Akshai Mansingh, who believes the commonly used ECG test is not sufficient.

Mansingh says he was surprised by the death of Stewart, as the player has been playing the sport professionally for more than a decade and was not only in good physical condition, but would have been properly screened, as a professional player, for any underlying cardiovascular issue or heart problem.

“I was a bit shocked when I heard the news. It was a bit disturbing, as the young man was in good health and was just kicking ball, basically,” Mansingh noted.

“I don’t know what may have caused the death of this young man, Tremaine Stewart, but I know that he played a lot of football here and overseas, and it is impossible to play at certain level without having proper screening. So he must have had a screening done,” he added.

Although the local Premier League has a preseason screening process in place, Mansingh thinks the commonly used ECG test, which can detect abnomal heart conditions, has limitations and he believes an echocardiogram is a more effective procedure.

“Screening in any sport is hardly promoted, but it is something that is generally dependent on availability and affordability. As far as cardiovascular screening is concerned, that is a little more tricky. The ECG, we know, is not able to pick up every single condition.

“If it picks up the condition, that is very good; but if it doesn’t pick up any condition, it does not mean the person is fine. An echocardiogram is probably better, though affordability and availability is always an issue. But an echocardiogram will pick up more, especially with the structure of the heart,” he continued.

He noted that pre-packaged patient evaluation should be given greater consideration, as it will give a better chance of detecting underlying conditions..

Andrew Christie, team manager at Dundeholden FC, where Stewart had recently transferred, said the Premier League has a policy in place that requires clubs to submit a complete medical for each rostered player prior to the start of the season, and for the purpose of transfers.

“So no player will be able to participate unless they do a full medical. It is also done for transfers, so a club must submit a full medical, and you are not permitted to use the previous year’s medical,” said Christie.

He said Stewart would have done his and submitted it last August, and was eligible to compete for the club.

“It had to be submitted for him to be a totally eligible player for Dunbeholden. His medical was a part of the document for him to be permitted to play and he had no issues,” he said.

The 33-year-old Stewart represented August Town, Portmore and Waterhouse in the local Premier League. He also played in Norway for Aalesunds FK and in Finland for Rovaniemen Palloseura.