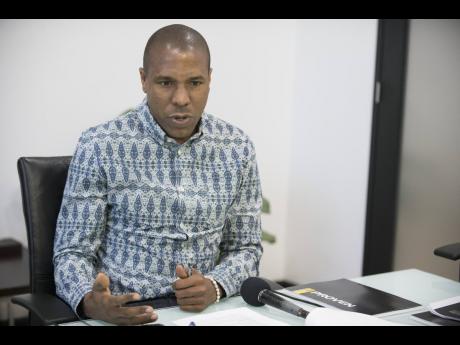 The Professional Football Jamaica Limited (PFJL) will have to wait a bit longer to know if whether or not they will be granted approval to stage the Jamaica Premier League competition this season. The organisers of the local top-flight competition...

The Professional Football Jamaica Limited (PFJL) will have to wait a bit longer to know if whether or not they will be granted approval to stage the Jamaica Premier League competition this season.

The organisers of the local top-flight competition, have been working with Minister of Local Government and Community Development Desmond McKenzie and Minister of Sport Olivia Grange, to have their case presented at yesterday’s Cabinet meeting, in order to convince legislators to support the league being held in a contained environment.

However, despite having their presentation ready, the organisation is yet to get word on the date for their case to be heard.

Williams further revealed that under the guidance of Dr Akshai Mansingh, the dean of the Faculty of Sports at The University of the West Indies (UWI) and the creator of numerous biosecure ‘bubbles’ for cricket, they have created and submitted two options under which the competition can be staged, and he hopes they can convince the Jamaican Government that they can have the league executed in a safe and secure environment.

“What we have done is utilise the service of Dr Akshai Mansingh, who has done several bubbles. He designed the bubble for us, but it is now out of our control. We submitted our proposals on Friday and we are now waiting and hoping for the best,” he added.

With the customary football season due to end in May or early June, there have been suggestions from some stakeholders for a cancellation of the current season, but Williams says the organisers are determined to stage the league this season.

“We have a board meeting tomorrow (today) to assess the way forward, and we intend to keep moving forward,” he said.

Also, with the country’s vaccination programme now in full swing, he strongly believes the chance of having some competition this season has improved. Williams also noted that the PFJL is also considering the vaccination of players ahead of a potential season.