JAAA near end of zone 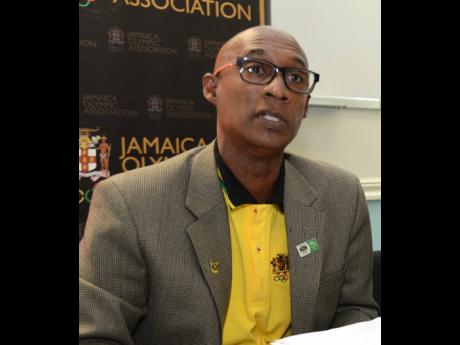 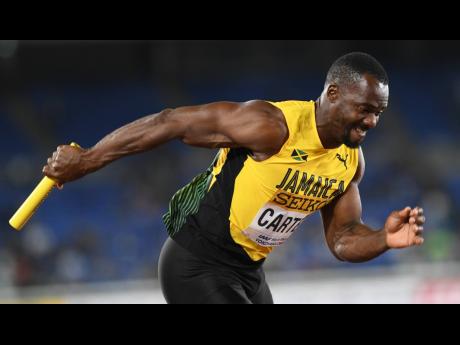 File
Nesta Carter, a member of Jamaica’s 4x100m relay team looking to qualify for the Olympic Games in Tokyo, Japan, this summer.
1
2

Jamaica Athletics Administrative Association (JAAA) President Garth Gayle said discussions are now under way with a number of overseas entities to have the country’s men’s 4x100m relay team compete in a number of meets as they seek to qualify for...

Jamaica Athletics Administrative Association (JAAA) President Garth Gayle said discussions are now under way with a number of overseas entities to have the country’s men’s 4x100m relay team compete in a number of meets as they seek to qualify for the event at the Olympic Games in Tokyo, Japan, this summer.

The JAAA recently withdrew the national team from the World Athletics Relay Championships in Poland next month because of travel restrictions.

This has put a further dent in the men’s 4x100m team chances of qualifying for the event at the Olympic Games. The team missed an automatic top eight spot after not making the final in the event at the World Athletics Championships in Doha, Qatar in 2019.

“The decision to withdraw the JAAA’s national men’s and women’s teams from the World Relays in Poland came as a result of the complexity and also the challenges in getting our athletes back to Jamaica,” Gayle told The Gleaner.

As result of that, prior to the decision, there have been conversations with both World Athletics and the NACAC (North American, Central American and Caribbean Athletic Association), and we will be embarking on ensuring that our 4x100m men’s team will have events where they will be able to run, seeking a qualifying time for the Tokyo Olympics.

“We are at work, and the decision to withdraw was not taken likely. We did speak to all the relevant stakeholders internationally, regionally, and locally, and we are on the job, and we will get the work done.”

Gayle says that the JAAA has also spoken to its technical staff and a number of local coaches about the possibilities of having their athletes competing as part of the national team’s 4x100m team at various meets across the region.

“Negotiations are far advanced in ensuring that this is a reality,” he said. “I am very confident that we will be able to find events within our NACAC region for our athletes to qualify for the Tokyo Olympic Games.

“We are working with the technical leader and the national coaching staff and already we have devised plans and are in discussions in how we address the current situation.”

Jamaica has until June 29 to meet the qualifying standard as athletics at the Olympics begin on July 30.

- Maximum of 16 National Olympic Committees (NOC) in each event.