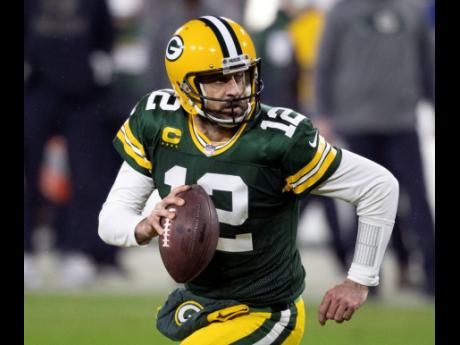 Green Bay Packers CEO Mark Murphy says he is “very much aware” of quarterback Aaron Rodgers’ concerns with the organisation and acknowledges team officials have flown out to meet the reigning MVP on multiple occasions.

Murphy added that the Packers want to keep Rodgers in Green Bay in 2021 and beyond. He discussed the Rodgers situation in a column posted on the Packers’ website yesterday.

“This is an issue that we have been working on for several months,” Murphy wrote.

Murphy said that he, general manager Brian Gutekunst and coach Matt LaFleur “have flown out on a number of occasions to meet with Aaron”.

ESPN reported Thursday that Rodgers has indicated he doesn’t want to return to the Packers. The ESPN report had said Murphy, Gutekunst and LaFleur had flown out separately to meet Rodgers during the offseason.

Gutekunst said Thursday night he has no plans to trade Rodgers and that he remained confident the three-time MVP would play for the Packers again.

Murphy wrote that the Packers have been working with Rodgers and his agent, David Dunn, to resolve the 37-year-old quarterback’s concerns about the organisation. Murphy doesn’t specify the nature of those concerns.

“We remain committed to Aaron in 2021 and beyond,” Murphy wrote. “He is not only a tremendously talented player, but has developed into a true leader for us. The relationship that Aaron has forged with Matt and the other offensive coaches has propelled us to the brink of the Super Bowl in two straight years. We look forward to competing for another Super Bowl championship with Aaron as our leader.”

Rodgers has three years remaining on his contract after signing a four-year, $134-million extension in August 2018.

The speculation regarding Rodgers’ long-term future began when the Packers traded up four spots in the first round last year to take Utah State quarterback Jordan Love with the 26th overall pick in the draft.

On the night the Packers selected Love, Gutekunst acknowledged to reporters he hadn’t yet connected with Rodgers about the move. Rodgers said afterwards the Love selection caught him by surprise and complicated his hopes of finishing his career in Green Bay.

“I certainly look back to last year’s draft and just kind of, maybe some of the communication issues we could have done better,” Gutekunst said Thursday night.

“There’s no doubt about it. The draft’s an interesting thing. It can kind of unfold differently than you think it’s going to unfold and it happens pretty fast. But certainly, I think looking back on it sitting where we sit today there could have been some communication things we did better.”

Rodgers responded by throwing an NFL-leading 48 touchdown passes and earning his third MVP award last season, but continued to make cryptic remarks about his long-term future with the Packers.