Roma a perfect fit for Mourinho 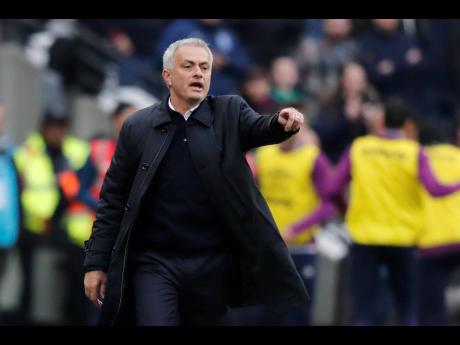 This should be fun.

“The incredible passion of the Roma fans convinced me to accept the job and I cannot wait to start next season,” Mourinho said in Roma’s surprise announcement yesterday.

Mourinho’s task will be to challenge new Serie A champions Inter Milan — the team he memorably led to a treble of titles little more than a decade ago during his only previous job in Italy.

“We are thrilled and delighted to welcome José Mourinho into the AS Roma family,” club President Dan Friedkin and Vice-President Ryan Friedkin said. “A great champion who has won trophies at every level, José will provide tremendous leadership and experience to our ambitious project.”

With Roma in seventh place in Serie A and having been beaten by Manchester United 6-2 in the first leg of the Europa League semi-finals last week, Mourinho will face a major challenge with the club.

While Roma reached the Champions League semi-finals in 2018, the team has not won a single trophy since lifting the Italian Cup in 2008.

Retired captain Francesco Totti led Roma to their third and last Serie A title in 2001.

The current team is captained by 24-year-old Lorenzo Pellegrini, although the team’s most talented player might be fellow midfielder Nicolò Zaniolo, who has missed this entire season with an injury.

“The appointment of José is a huge step in building a long-term and consistent winning culture throughout the club,” said the Friedkins, who purchased the club last year from James Pallotta to maintain American ownership.

The move to hire Mourinho came a few hours after Roma announced that current coach Paulo Fonseca will depart at the end of this season. Mourinho’s contract is for three seasons, although he won’t take over until after this season.

Mourinho has also coached Porto, Chelsea, Real Madrid, Manchester United and Tottenham, from which he was fired last month.

At Roma, Mourinho can speak his native Portuguese with countryman Tiago Pinto, the team’s general manager. The coach needs to revive his career after dressing-room apathy and growing disillusionment at his tactics cost him his job at Tottenham after 17 months at the London club.

That was Mourinho’s shortest spell with a team since he broke into the big time as a slick and self-confident coach of Porto at the start of the century.

“After meetings with the ownership and Tiago Pinto, I immediately understood the full extent of their ambitions for AS Roma,” Mourinho said. “It is the same ambition and drive that has always motivated me, and together we want to build a winning project over the upcoming years.”

Fonseca will still coach Roma during the second leg of the Europa League semi-finals against United at the Stadio Olimpico on Thursday, as well as the remaining four games in Serie A this season.

“I wish Paulo Fonseca all the best and I hope the media appreciate that I will only speak further in due course,” Mourinho said, before adding a cheer in the local dialect: “ Daje Roma!”